6 Ways to Recover Mentally from an Injury 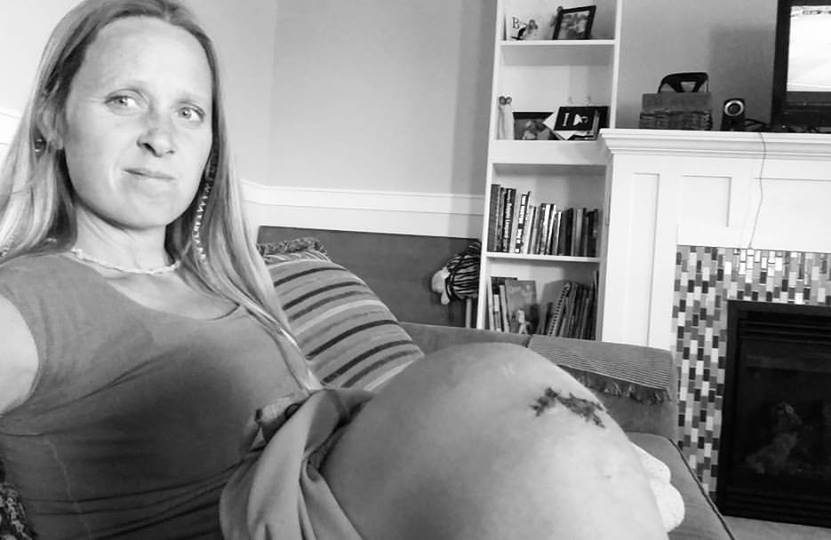 After receiving 22 stitches in my knee as a result of a fall during a trail run, I thought the worst was over. After all, I’d just trekked four miles down a mountain with a wide open knee, then spent two hours being cleaned and stitched as three doctors poked and prodded while trying to decide which way would be the best to insure the least amount of scarring.

However, a few hours later after the shock of the ordeal and the numbing medication wore off, I realized just how wrong I was.

As my knee began to swell, an unimaginable pain began to manifest itself right in the center of the injury, and it worsened for days to come. Because of this, I was rendered mostly immobile for weeks following the accident.

This was the worst part.

As one who prides myself on my wiggliness — often going from early morning running adventures to cleaning the house, doing yard work and shuttling kids to and from school and athletic events before finally sitting down well after sundown — not being able to do anything was killing me mentally.

After spending days completely immobile, I felt myself drifting into a bit of a depression, and I knew I needed to do something fast to help me snap out of it. And although I am still not in the clear over six weeks later, I have found ways to recover mentally while my body heals.

Here are some of those ways:

1. Accept help from others

If you’re anything like me, you don’t accept help from others very easily.

When I saw my knee, I was so upset with myself because I knew this would not only put a damper on the rest of my run, but it affected my friends I was with, too. I felt like I had let them down, cheating them out of what was supposed to be a fun outing.

The same feeling happened when I got home and had to have my husband and kids help me with things I couldn’t do alone.

All this helplessness was eating away at me. However, as I saw the smiles and genuine concern on faces of my family members and friends when I allowed them to help, it made me feel loved and gave me the positive energy I needed during some tough times.

While it is wonderful to be the recipient of service, there comes a time when you need to help yourself.

As I started to gain more mobility — specifically, getting off the couch by myself and walking to the bathroom alone — I began to see a light at the end of the tunnel. It was in knowing that I would eventually get better that started to get me out of the funk I was in.

I live by the notion that a body in motion is a healthy one. And, with each physical setback, be it a sprained ankle or even a stubborn head cold, I have found that the sooner I can get moving, the more blood flow I can generate, and the quicker I heal.

But don’t just take my word for it. Science also says it’s so!

When I say move, I don’t mean get back to where you were right before your injury; that just isn’t possible.

Heck, I went from running double digit miles, and even a 50K a couple of months prior, to barely being able to walk around my kitchen. So, to keep my mind positive, I needed to realize where I was and make small goals that I knew I could achieve.

I started by running laps around the living room and kitchen with my (faster-than-me) toddlers. I then graduated to running a mile barefoot on the grass at my son’s soccer practice. Then I went for a hike where I attempted to run on the trails for a few minutes at a time.

With each small goal met, I was able to eventually build up to 6 slow miles (where I currently reside).

This is the extent of my running right now. Yeah, I can barely keep up with a 21 month old who, as I found out when I picked him up, was also carrying a load in his diaper.   A toddler with  poopy diaper almost beat me. This could be a new low point.

Throughout this whole ordeal, I have really been grateful for the small triumphs. However, having larger goals is what has really kept me going.

In my current state, I don’t think that an ultramarathon is in my immediate future, but I plan on doing at least one this coming spring. Having that large goal to work toward has and will continue to keep me moving in a positive direction.

6. Be OK with Setbacks

The awesome thing about injuries is that they have a way of tricking us. Some days you will feel like you are all better, when other days, you feel like crap. This has happened to me several times since my fall. In fact, the day before going to get my stitches out, my 3-year-old whacked me in the knee, popping the center of the wound open sending fluids oozing out (you can thank me later for the visual).

Due to this, I had to wait another five days to get them out, and that spot, to this day, has not completely closed up.

There are other days when my knee just doesn’t feel very well, and rather than being overly upset about it, I have learned to be OK with setbacks as a natural part of the healing process. This has helped me to get less discouraged and more motivated to move forward.

Because two steps forward and one step back still means you’re going forward. That I am sure of.

» Featured, inspiration, Training » 6 Ways to Recover Mentally from an Injury

One Response to 6 Ways to Recover Mentally from an Injury