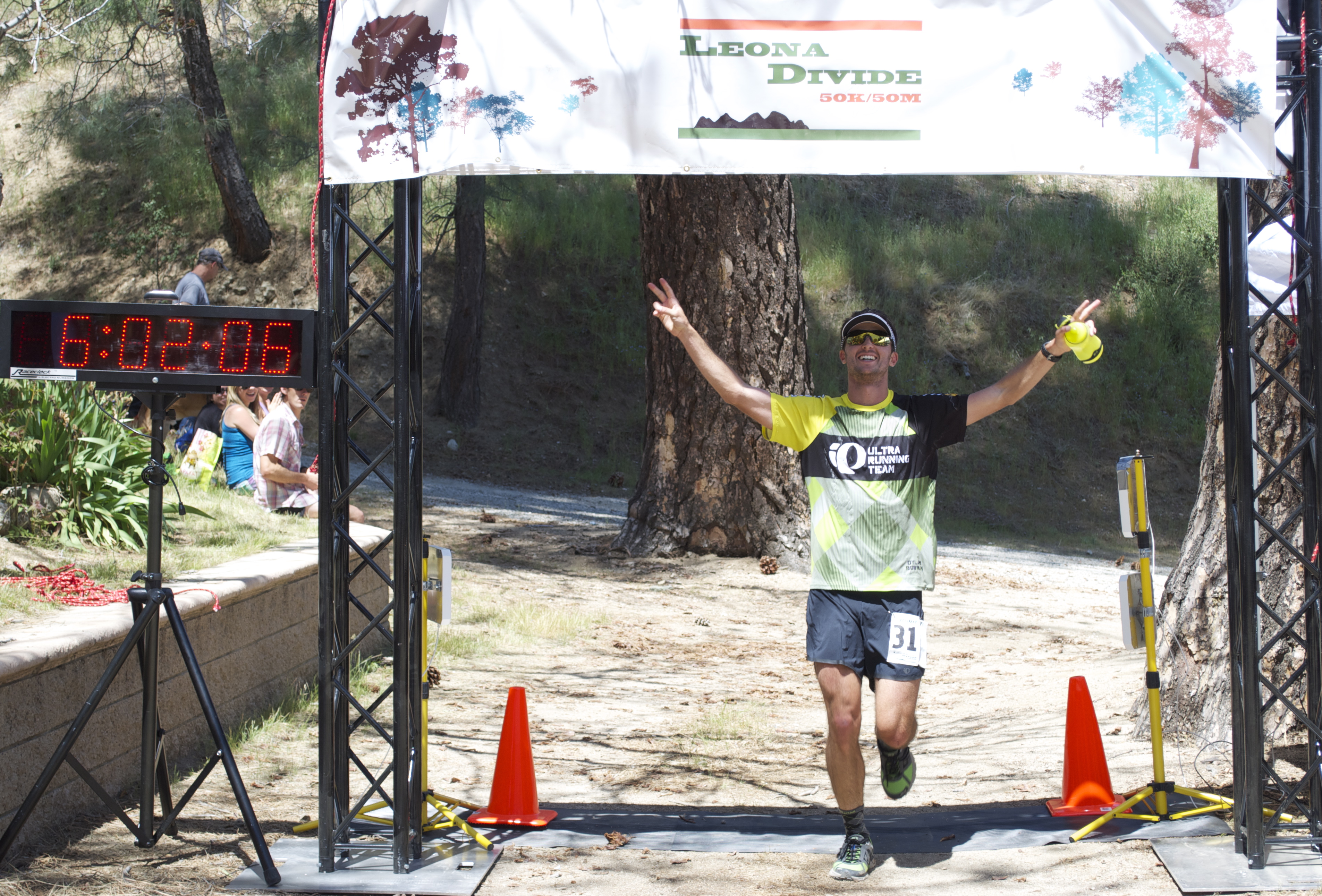 “Live Epic“…this is Dylan Bowman’s creed.   A competitive athlete from a young age, Dylan brought his driven spirit into the subculture of ultra-endurance mountain running.    He’s earned a podium position in almost every ultra since 2009.   Through his grit and determination,  Bowman has cemented his reputation as an emulous talent at the front of the field.   With his achievements, Dylan has earned a great respect for the mountains and their wondrous connection to the trail running community.

Dylan shared he runs 15-25 hours a week without any regard for actual mileage.  Currently, he is in the final push to a competitive effort at the 2013 Western States 100.  Dylan recently moved from the mountain town of Aspen, Colorado where he lived and trained at 8,000 ft and above.  Today, Dylan finds himself living at sea level in San Francisco.   Nothing lost, Dylan climbs into a Hypoxico Altitude Systems tent each night and acclimatizes to 10,000 ft above sea level.   When I asked him about his dietary tendencies, he joked, saying, “I’m the opposite of gluten free and mostly vegetarian.”

Front-runners don’t accidentally win races.   They don’t win on their genetic disposition alone.   No, elite runners in this sport have developed the exceptional skill of focusing their physical gifts with mental focus and fearlessness.   They train to win and play a high stakes game of poker every time they race.  To run an ultra and finish is an inspiring thing.   To observe those few who truly “race” these impossible distances, however, is nothing less than awesome.  Live Epic.

I hope you enjoy my conversation with elite ultrarunner Dylan Bowman.

JA: Hi Dylan, please tell us a little about your athletic background and history.

DB: Hi Jerry… I’ve always been competitive and have played sports for as long as I remember.  I played lacrosse in high school and college where my strength was always covering ground and making hustle plays.  I loosely toyed with the idea of walking onto the cross-country team in college but decided not to when a friend reported that they ran 70 miles/week.  That sounded ridiculous to me at the time!  I graduated in 2008 and, since then, have only picked up my lacrosse stick a handful of times.  Sometimes I miss the game but I think I’ve always known that endurance sports were my calling.   I remember watching Ironman Kona on TV as a kid and being totally inspired.   Although I was very much a team sports kid growing up, I think I always felt, in the back of my mind, that eventually I’d dive into the solitary pursuit of endurance racing.

JA:What lead you into the sport of ultrarunning? Tell us about the transition to long distance trail running…

DB: After I finished my lacrosse career I found myself without a competitive outlet for the first time in my life.  Honestly, I felt a bit uncomfortable with this lifestyle and was looking for another way to direct that energy.  I’d always been pretty good on my feet and enjoyed running, so I decided to enter a marathon on two weeks notice.  It was a very challenging trail marathon in Breckenridge, CO, which seems very fitting in retrospect.  I remember being totally destroyed at the finish and then completely obsessed the next day.  I did my first ultra then next summer and haven’t looked back since. 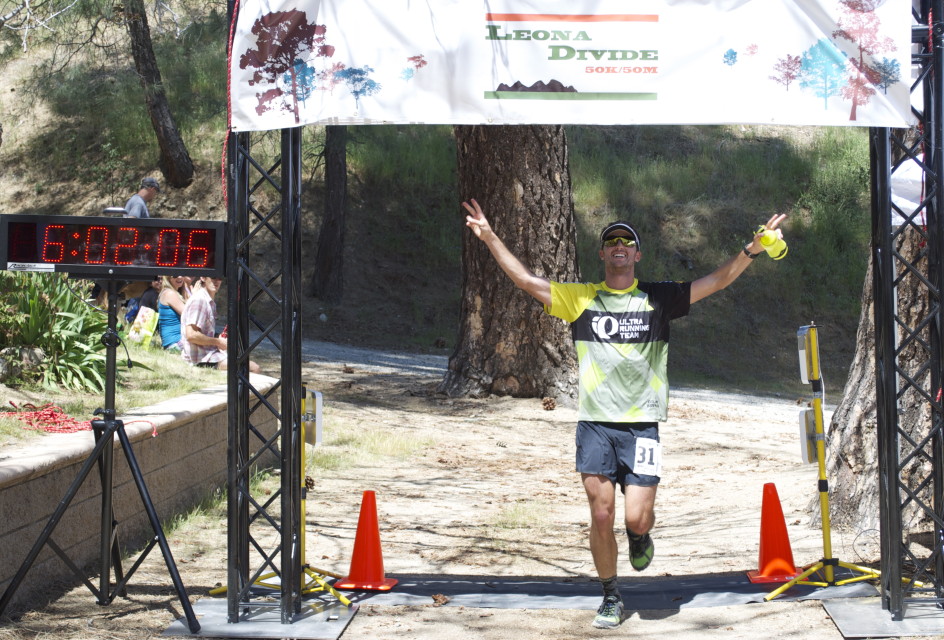 JA:What’s your training schedule like? Describe a typical training week in the peak weeks before a key ultramarathon.

DB:  Being someone who doesn’t come from a running background, this has very much been an ongoing experiment in the last couple years.  Ironically, we’re in those critical weeks right now in my preparation for Western States!  For 100 mile races, it’s obviously crucial to have tons of time on feet in the form of aerobic, strength building, mountain jogging.  I have just recently begun incorporating faster training into my routine as well, which I think will be very beneficial going forward.  This usually comes in the form of hill repeats or tempo work on rolling trail.  I almost never run flats.  I also do yoga once or twice per week, which, I think, helps immensely for flexibility, strength, and injury prevention.  Overall, in the critical weeks leading up to a big race, I’ll try to get 20-25 training hours/week.

JA: Do you have any methods for recovery you find effective? How do you heal up after long training bouts or races?

DB:  I tend to take a while to recover compared to a lot of the guys I race against.  I almost never take days off from training except for the days immediately following 100 mile races.  I think this method has gotten me in trouble in past and leaves me pretty much toasted by September every year.  This season I intend to do things differently and take 10-14 days completely off after Western States.  I think giving my body a chance to come back to balance in this way will allow me to maintain a level of mental and physical freshness through UTMB, which is also a major goal.  When I’m feeling particularly run down, I also try to focus more on what I’m consuming.  It’s pretty much the only time I’ll eat meat and I try to eat tons of greens in salad or smoothie form as well.  Recovery and resting doesn’t come naturally to ultrarunners… myself included.  Truth is, I don’t have this one figured out quite yet!

JA: I understand you use a Hypoxico tent for training… please tell us about how you use the altitude tent and what it does to supplement your endurance training.

DB: Yes, it’s great to be working with Hypoxico and putting the product to use in my own training.  I primarily just sleep at altitude and have been doing so for about four weeks now.  Honestly, I’m really impressed with the technology and am growing to embrace the Live High, Train Low school of thought when it come to endurance training.  I’ve found that I haven’t lost the aerobic power I developed from living in Aspen for so many years, but I can also sustain higher volume and higher intensity training for longer periods of time.  I’m currently sleeping at about 10,000 feet and have noticed a better sleep quality as well after the initial adjustment period.  It really is amazing crawling out of my tent and taking my first breath of sea level air after sleeping two miles high!  It’s a crazy energizing feeling that keeps me excited to get out the door every morning.  Overall, I’ve been very impressed with the product and am really excited to be getting the ultra world more familiar with its benefits.  We’ve got an amazing cast of athletes using our systems now including Timothy Olson, Ellie Greenwood, Meghan Arbogast, Dave Mackey, Scott Jaime, Karl Meltzer, & AJW just to name a few.  There are lots of exciting things on the horizon for Hypoxico.  It’s great to be a part of it.

JA: What advice do you have for athletes who are just starting in ultra. What tips or tricks can you offer to the first time ultrarunner?

DB: Go for it!  I signed up for my first marathon and my first 50 on two weeks notice and essentially “off the couch”.  I suffered immensely in both races but learned a lot and found a passion in the process.  As long as you have an intense, deep-rooted desire to finish, you’re golden.  You will surprise and impress yourself like never before in your life.  There is nothing more satisfying!

JA: Please share an inspirational story or experience that shaped you as an ultra-endurance athlete.

DB: Around mile 50 of last year’s Western States, Tim Olson bummed a gel off me.  In racing, this is the universal “I’m screwed” pronunciation.  He looked horrible.  I honestly thought he was toast.  I gave him a gel but he never ate it because it was caffeinated.  Instead of cratering, he went on to decimate the course record and make the rest of us look silly.  The dude is a beast who knows how to suffer like few others.   It was inspiring to see first hand and acted as a reminder that mental training is just as important as physical training in our sport.  One must embrace the suck wholeheartedly in order to realize his/her full potential.

JA: Dylan, you’re an animal…. Thanks for talking with us and sharing a bit about your training. We look forward to seeing you at Western States and UTMB!

Learn more about Dylan at his site DylanBowman.com.

One Response to Live Epic: Interview with Ultrarunner Dylan Bowman