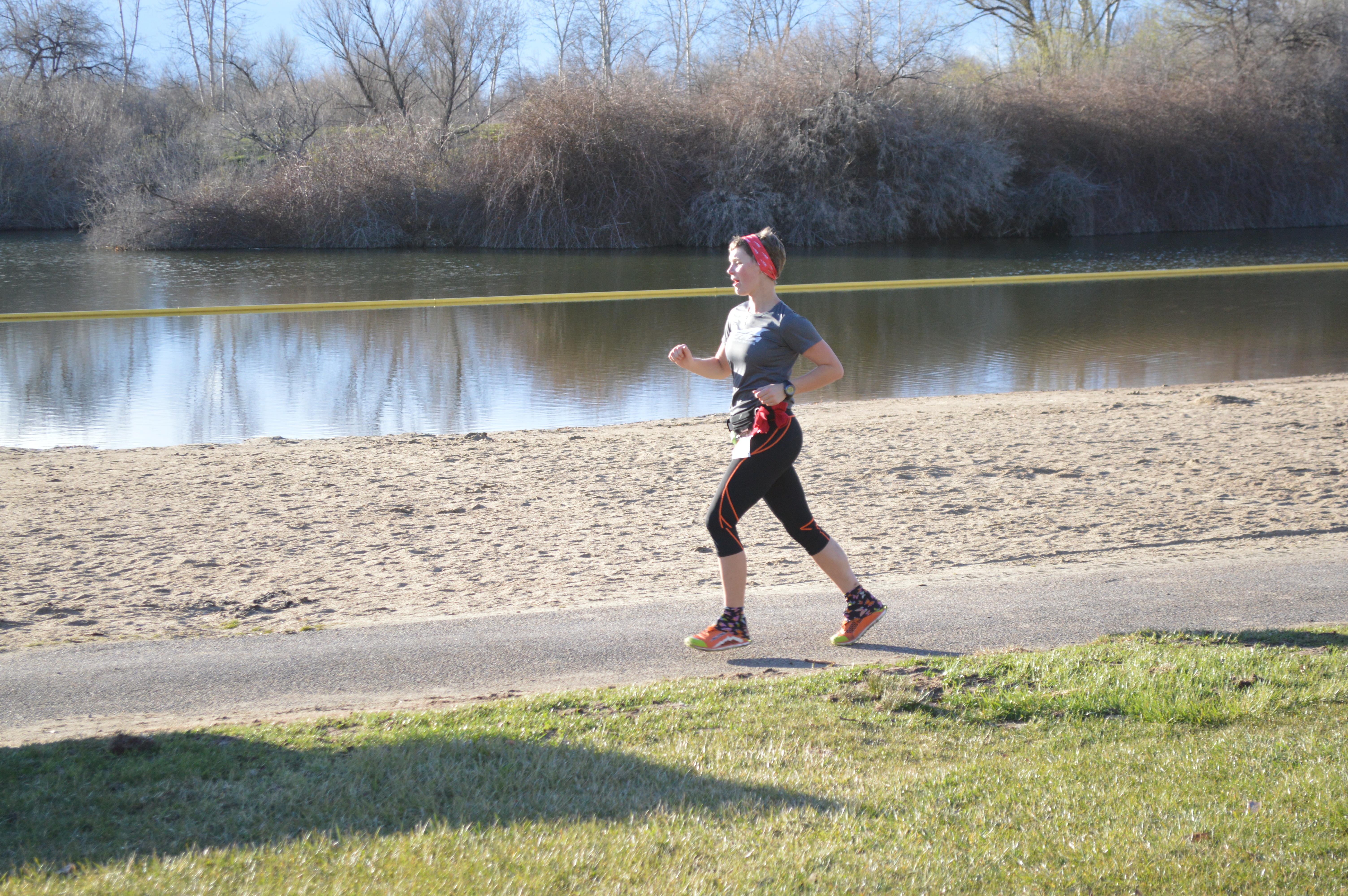 The third annual Pickled Feet 48/24/12/6 Hour and 100 Mile Runs were held on March 27-29, 2014 at the beautiful Eagle Island State Park in Eagle, Idaho. The Pickled Feet Ultra Running team has a huge list of things to improve on for next year, but all reports put this as the best year yet. From Jimmy John’s to Panda Express to bacon cheese quesadillas, bacon avocado sandwiches, potato soup, cheesecake, and so much more, the amazing food lineup kept runners fueled. All runners received a medal and a sweet t-shirt, and after the race, we send out personalized shirts and buckles based on mileage achieved. Eagle Island State Park fully supports this race by allowing runners to camp on the lawn or in RVs in the parking lot, and we are so grateful to the park staff, especially Ranger Matt Cooper for being so accommodating.

The Pickled Feet Run is one of my favorite events of all time. At first thought, a fixed time run may seem terrible, but this race is a great experience from start to finish and is truly accessible to anyone. If you just want to see if you can handle running for six hours, if you are looking for new mileage highs, if you want to experience running through the night for the first time, if you are looking for your first 100 but stress about cutoffs – new things are possible for all, and the runners, ranging from seven to 79, truly proved that.

People often ask, don’t you get bored running in circles? My answer is that having an aid station and bathrooms every two and a half miles, cheering friends and runners every loop, and sharing the journey with those who may be fifty miles ahead or behind never gets boring. The Pickled Feet course is basically all trail; runners take in views of the Boise foothills, the Boise River, and the beautiful landscape of Eagle Island State Park while enjoying more aid station goodies than could be imagined and hanging out with the most fabulous running community around. That’s not boring. 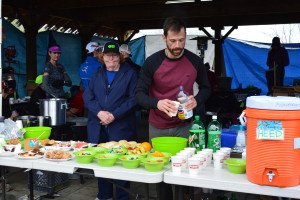 Our volunteers know how to work an aid station. Photo: Kayla Meeker.

Wrapping your mind around a first attempt at a 48 hour race takes some mental preparation, acceptance of uncertainty, and humility. I ran the Pickled Feet 24 Hour Run in 2012 and 2013, so when the race directors added a 48 hour option, I was all ears. Ultrarunning always presents ways to explore new challenges and go beyond what you once thought impossible. With a few 24 hour and 100 mile races under my belt, 48 hours seemed to be a natural progression.

Instead of approaching the race with a set plan, I wanted to test out what a two-day event would be like, but was also hoping to wind up in the 140 to 150 mile range. I fell short and ended up with 123 miles, but more valuable than the miles were the tools I gained that will make me more effective on my next go-around (and around, and around). The following are some of my secrets. If you haven’t tried a fixed time race, break out of your comfort zone and make some of these discoveries on your own: 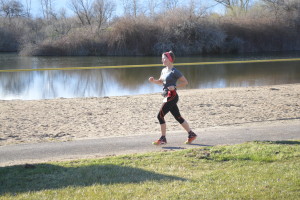 Rachael Bazzett cruising out of the headquarters onto another loop late in the race. Photo: Kayla Meeker. 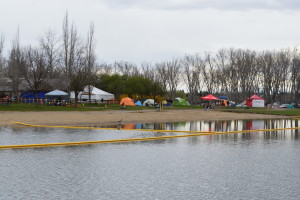