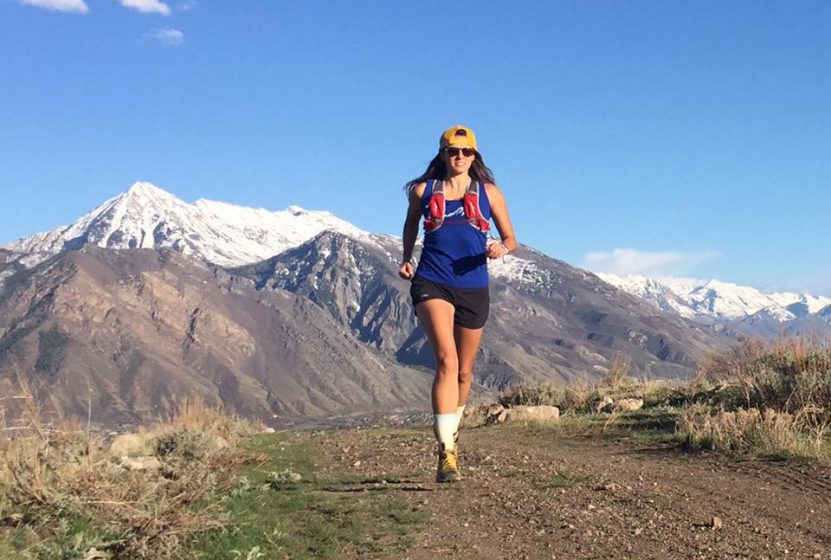 The Revolt is a new lightweight pack from UltrAspire intended for the female ultra runner. The Revolt features a 550mL soft flask bottle that sits in a holster at the base of the pack and is accessible from either side of the pouch it’s housed in. The pack has a number of useful pockets including a sweat proof pouch for tablets and salt pills, and adjustable pocket closure cords that can double as fasteners for poles and other gear. The pack also has a pouch between the shoulders large enough for a light rain jacket or gloves that is easily reached from the top without removing the pack.

While the concept is one that we were very excited to test, the hands-on experience wasn’t what we had hoped for. The capacity of the pack and the accessibility of the storage and pockets were excellent, including removing and replacing the soft bottle from the holster in the back. The sizing and fit, however, were difficult to get just right even for our female testers with smaller frames. The combination of the adjustable side straps and the front bungee closure ought to provide the opportunity for finding an ideal fit, but when the side straps were adjusted properly, the pockets were too tight against the rib cage to be usable and the shoulder straps sat too loose along the collarbone.

The Revolt presents an excellent concept. With a few minor changes to sizing and fit, the Revolt could be a promising women’s-specific alternative to the Revolution vest.

About the Author: Jenna Bradford

Jenna is a geeked-out trail enthusiast who spends her free time managing websites, bagging peaks, eating fantastic food, and generally dorking around as much as life will allow. Jenna is currently serving as technology director for TrailandUltraRunning.com.