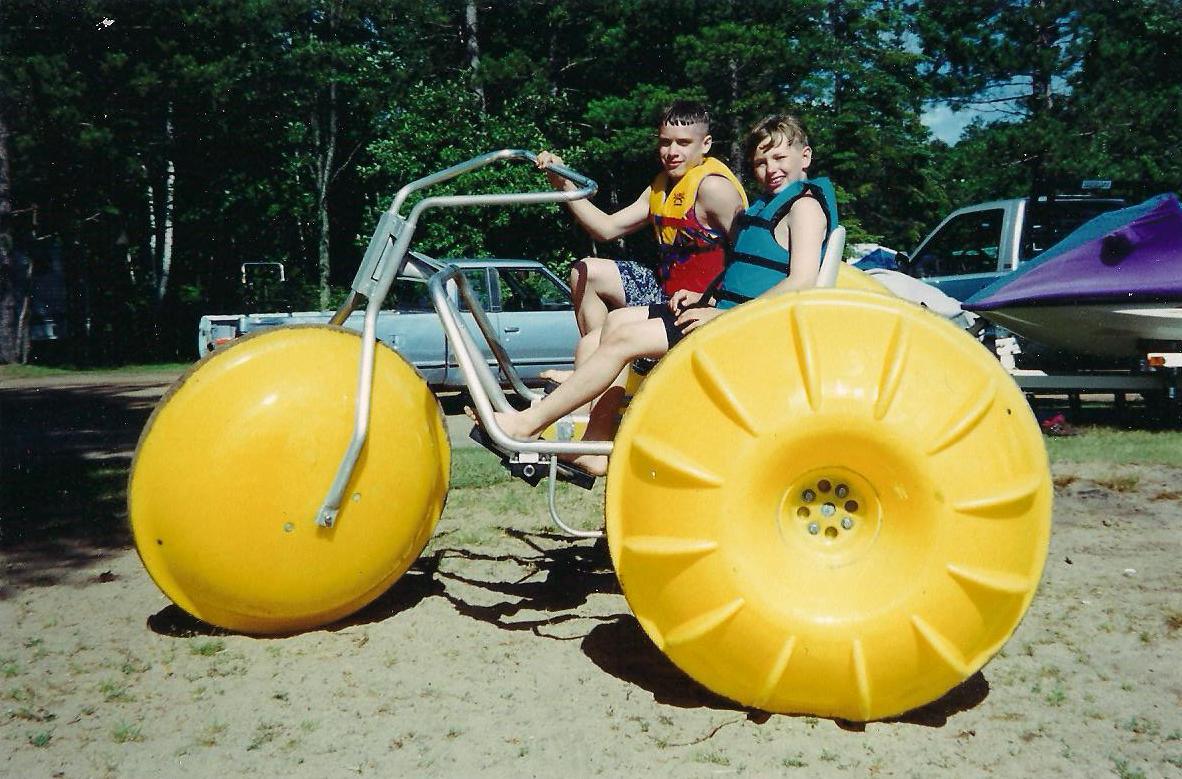 Jake and Jeremy were best friends from the beginning. They met in first grade and grew up together in Stevens Point, Wisconsin. Jake was a high-energy kid with endless enthusiasm for life. He was a friend to everyone.  Jake excelled in athletics, taking up wrestling from early childhood. Jeremy was a gifted talent across several fields. He displayed patience and a tenacity for doing things right. Jeremy was kind to everyone.  He enjoyed all the same things as his friend Jake, including various sports and physical challenges like wrestling, running, and building things with his hands. 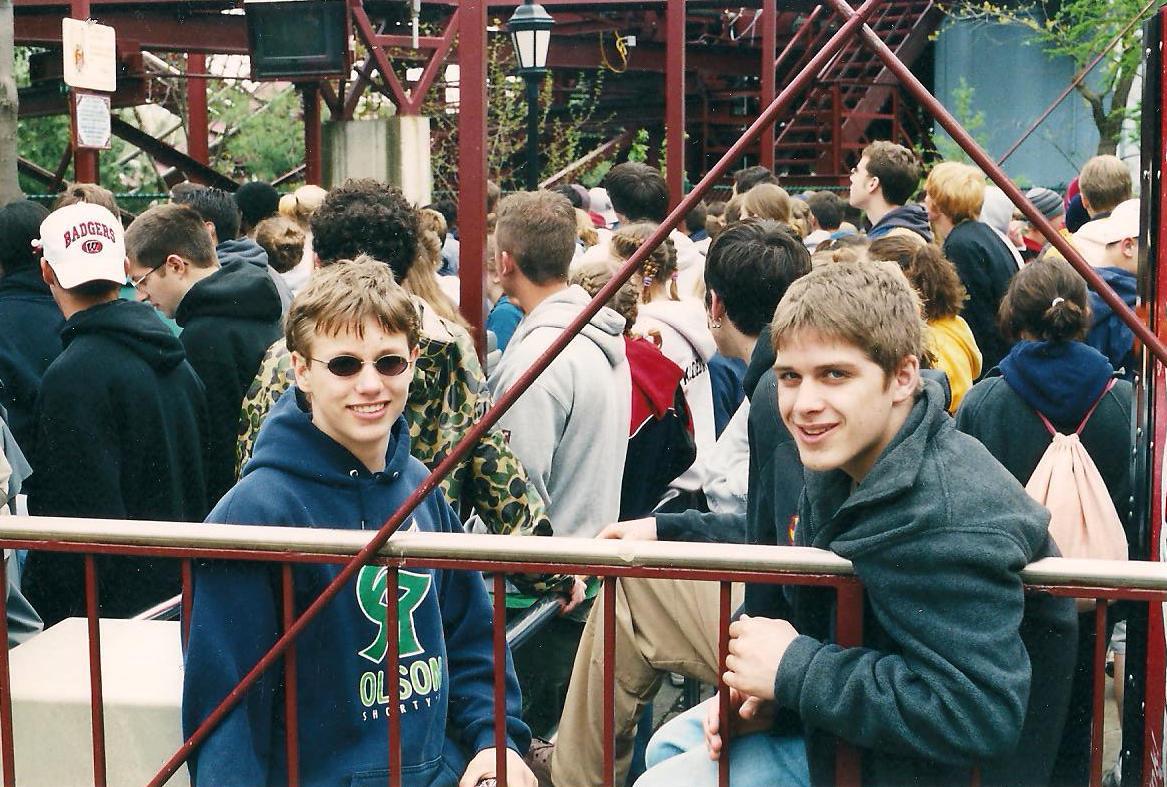 In the classroom, the teacher would separate Jake and Jeremy for playing during class. Jake couldn’t sit still. Jeremy just wanted to have fun. Nothing mattered as long as they were together. After school and on weekends, the boys spent hours together in their fort, laughing and playing games. They imagined they were superhuman…fighting and flying, doing things only possible for Marvel comic characters. If you were nearby, you could hear the boys laughing, yelling, and living with unbridled enthusiasm every moment of every day. As the sun set, the boys would play, “Magic the Gathering”. Nothing else mattered except having fun.  Best friends just need each other. Life is short. Just have fun.

Jake started wrestling from his elementary years. He continued training as he grew up, earning awards and accolades along the way. The sport of wrestling provided an outlet for Jake with long intense practice sessions and high-intensity workouts. The sport demands nothing less than your very best. Jake excelled in this extreme sport, taking his body and mind from average to superhuman.  He continued wrestling beyond high school and in to college where he became a college wrestling coach.  All the while, he continued to chase his ultimate dream of becoming an Olympian. 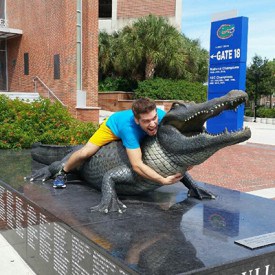 Jeremy, too, found a passion for athletics. He started running long distances. In his first ultramarathon, Jeremy covered 100 miles on foot and successfully finished the Leadville 100 “Race Across the Sky”. He never ran a marathon prior or even an organized half marathon. To Jeremy, life is about having fun. That “fun” continued over the next few years and Jeremy included some training along the way. In 2013, Jeremy ran the Boulder 100 in 16:15. 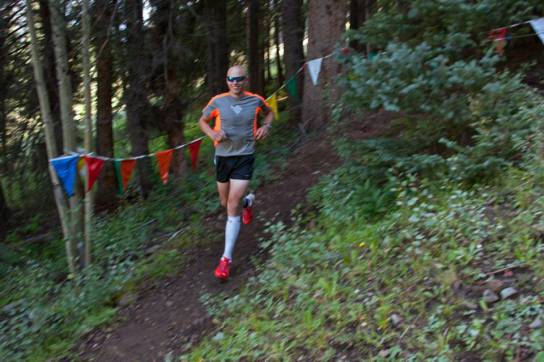 In 2013, Jeremy also took on a near impossible challenge at the Silverton 1000. He attempted to cover 1000 miles during the event…better known as the “1000 mile challenge”.  Jeremy attempted to complete a famous distance challenge accomplished most notably by Captain Robert Barclay in 1809.  Jeremy did not complete the 1000 mile challenge in 2013 but he did successfully complete 350 miles on a loop course with 250 feet of vertical gain per loop. In the 6 days that Jeremy looped the course, he covered 350 miles with 87,500 total feet of vertical gain.  This 1000 mile challenge is deeply rooted in the roots of ultrarunning, known as “pedestrianism”. To attempt these challenges, is to take yourself from human to “superhuman”.

Earlier this summer, Jeremy received a call in Colorado. They told him that Jake was in the hospital and fighting to stay alive. Jeremy flew out to Florida to be with his lifelong friend.

Jake was hospitalized and needed a liver transplant. He had been trying to make the weight cut off for a key wrestling tournament in Florida. After traveling from Pennsylvania to Florida, Jake was running outside wearing plastic over his clothes to increase sweat loss. Jake became disoriented and laid down on the ground. His body core temperature sky rocketed as he went unconscious.  Jake was unnoticed by others on the ground, who did not know Jake was having a medical emergency. Jake’s heart stopped. His liver shut down. 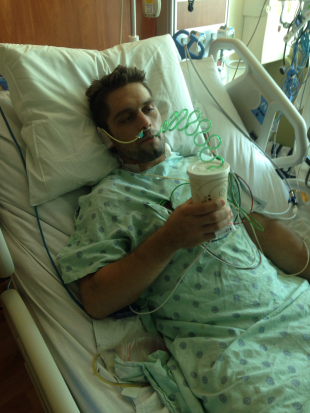 Jake Calhoun is a fighter. He’ll never quit. He is superhuman.

In the hospital, Jake fought to stay alive. They pushed fluids through his body and restarted his well-trained heart. They waited patiently for his liver to recover. In time, it was apparent this would not happen. The doctor informed the family they needed to do a liver transplant to save Jake’s life.

As of right now, the surgery was successful and Jake is still alive. He is in Florida with his father, recovering with the help of a full medical team and his close friends and family. His family is faced with significant medical and travel expenses.

As of Tuesday, August 26th at 9am MST, Jeremy Ebel will begin running, walking, and grinding his way up and over the Silverton 1000 course again. This year, he his attempting the 1000 mile challenge once again. In his heart and mind are images and thoughts of his lifelong friend Jake. Jeremy’s efforts are aimed at helping his friend and family recover a portion of the money they have lost in this emergency.

We ask for your help in supporting Jake and his family with a donation of any amount to the donation page www.LapsForALiver.com