I Say No Socks – My Weird Running 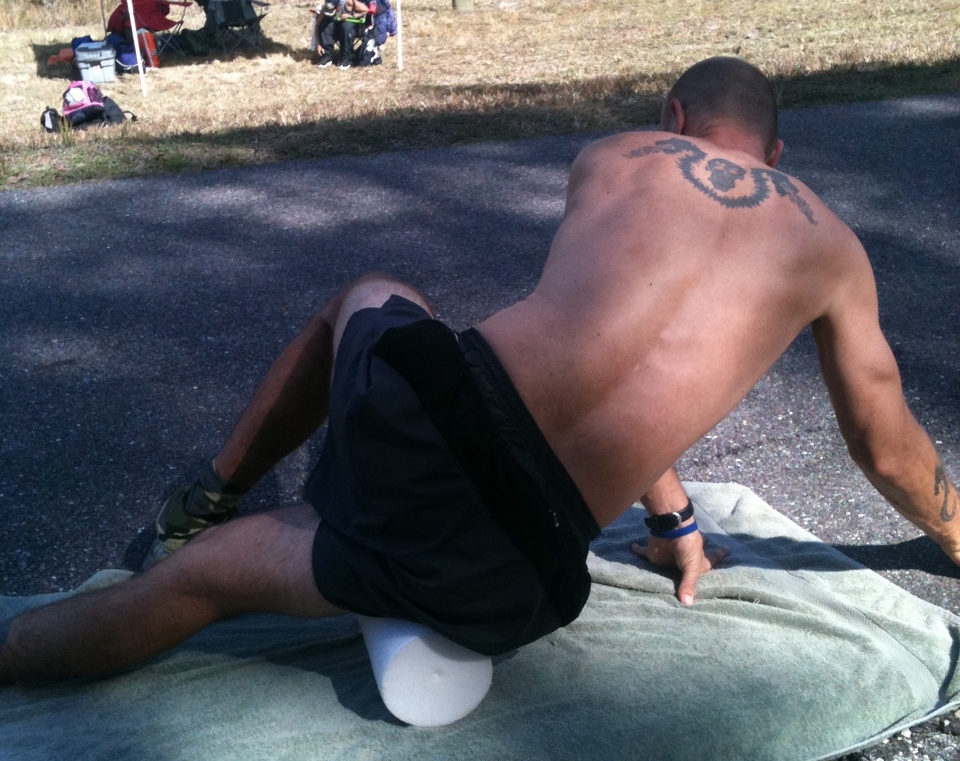 My first experience with IT Band Syndrome,  ITBS, ITB or just IT as I like to call it, came 9 years ago.  I started training with more miles on the roads and one day I’m stabbed in the side of the knee with an Ice Pick. Well, that’s how it felt.  I really thought I’d broken something or done some type of serious damage… IT hurts that bad.

I made a failed attempt at recovery by seeing an Ortho Doc who prescribed pills and RICE.  6 weeks of that did squat to help the issue.  One day at the gym I saw someone rolling the side of their leg on foam roller and talking about IT.  BAM!!!  In one week I was back to running full time.  FIXED !

Since that time, I’ve had little bouts with ITBS.  With lots of experimenting and research I’ve gotten well very quickly  and have helped a good number of runners I coached as well.  Here’s what I’ve learned:

Hope this helps a little.  Try to remain calm when it happens.  Read, research and implement a recovery plan and you’ll be back to running faster than you think.

8 Responses to IT Band Syndrome – A Runners Worst Nightmare