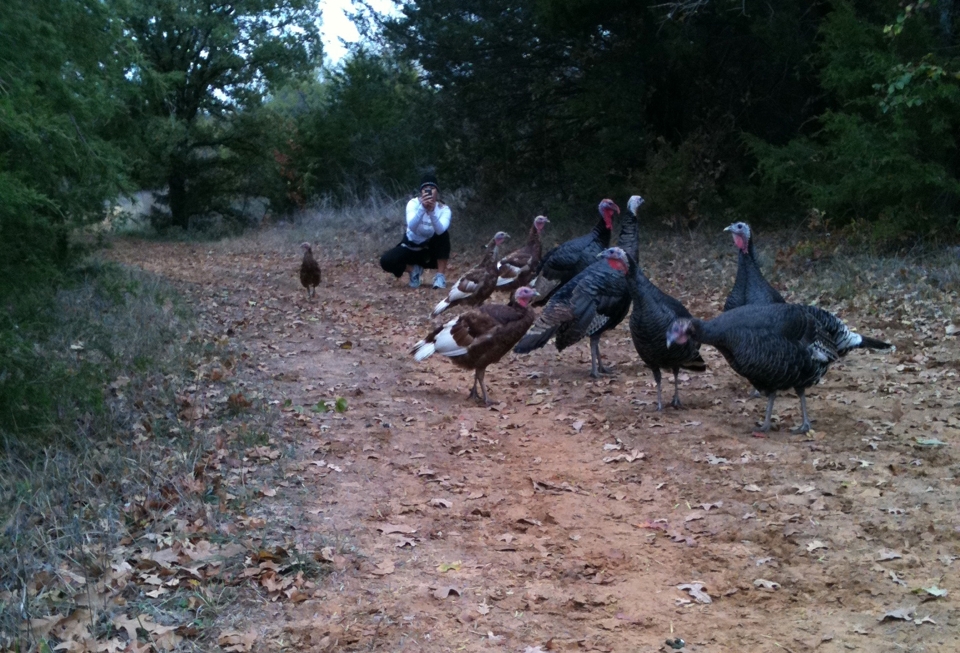 Twenty degrees with 23 mph winds at 7 AM. It felt like a good solid zero-degrees at Doudy Draw, compared to last year when it was about 20 degrees with little/no wind at all.

I dressed in layers. Sweat pants over fleece wicking tights. I wore a wicking tank top underneath a fleece wicking pullover that was topped with my new fleece wicking jacket. My feet were cozy in thick SmartWool socks up over my tights and I dug my warmest hat with earflaps and thick wicking gloves out of the bin. There was no way I was going to be cold today, not after the Epic Fails I’ve had on recent runs that were colder than anticipated. Today, I was ready.

We started out at an easy pace. The few times I started talking the wind shoved words back down my throat and choked me. My face was numb on the windward side, and after ten minutes all conversation in our group died.

At the fork in the trail we went south, knowing that the forest would be more protected from the wind than the plateau on the northern-fork side. Snaking through the trees, we startled a small family of white-tail deer when the wind muffled our approach. They bounded away, as graceful and silent as shadows on the cold earth.

At the top of the trail we headed west up another small hill. Goshawk Trail is a nice extension to the run, adding about a mile and a half to the loop. The early morning sun was directly in our eyes because of the low angle of the sunrise; we were totally blinded. Through slitted eyes I watched for rocks and stepped lightly around them.

The silence was sacred, meditative. We were encased in a magical world of companionship, cold, wind, mountains, and our own thoughts.

As we came off the single-track trail onto the wider dirt road a few miles later, Kathy slowed to a walk. Behind her the others did the same, and finally I saw the reason. Wild turkeys were standing on the road, calling to each other. Our silence broken, we exclaimed at the sheer coincidence of seeing LIVE turkeys on Thanksgiving Day.

They zigzagged across the road a few times before instinct told them to head for higher ground. The wind notched down to a mere breeze and we heard the squawk of their conversation. Their little red hats bobbed up and down as they scampered through the underbrush, and finally it was time to move on.

Thanksgiving turkeys are a national symbol of the day we gather with friends and family, to be together with loved ones while we nourish body and soul. At this moment, the beauty of the turkeys struck me. We didn’t need to sit around a table heaped with expensive food and drink or say grace over the birds’ carcass to give thanks for the magic of our running group; gratitude, grace and thanks were in the hearts and souls of each and every beautiful woman that was represented today by a small family of wild turkeys.

All told there were twelve turkeys that crossed our path, one for each runner in our group. We “pardoned” each and every one, and told the three male runners that caught up to us a few minutes later about our sighting. Suddenly we were a gaggle of chattering hens again, talking turkey, food, cold legs and family.

The solitude of the beginning of the run was so different from the conversation that flowed after the turkey sighting. I was completely at peace in the quietness, most likely due to the long hours I’ve spent training by myself. My pace and breathing was easy, even in the wind, and I broke a slight sweat that didn’t chill me when the wind picked up again.

Back at the car I paused to stretch my calves against the car tire. I haven’t run with the women on a regular basis since I started marathon training. I’ve missed the camaraderie of my gang and the ritual of meeting at 7 AM for an hour, after which we grab coffee and talk some more. I decided to never again do a training plan that keeps me off the trails for an extended period of time. I’ve run trails a total of three times in the past fifteen weeks, twelve runs too little for this runner. I need the solitude of my mountains to feel like a complete person. Today, I filled up my tank.