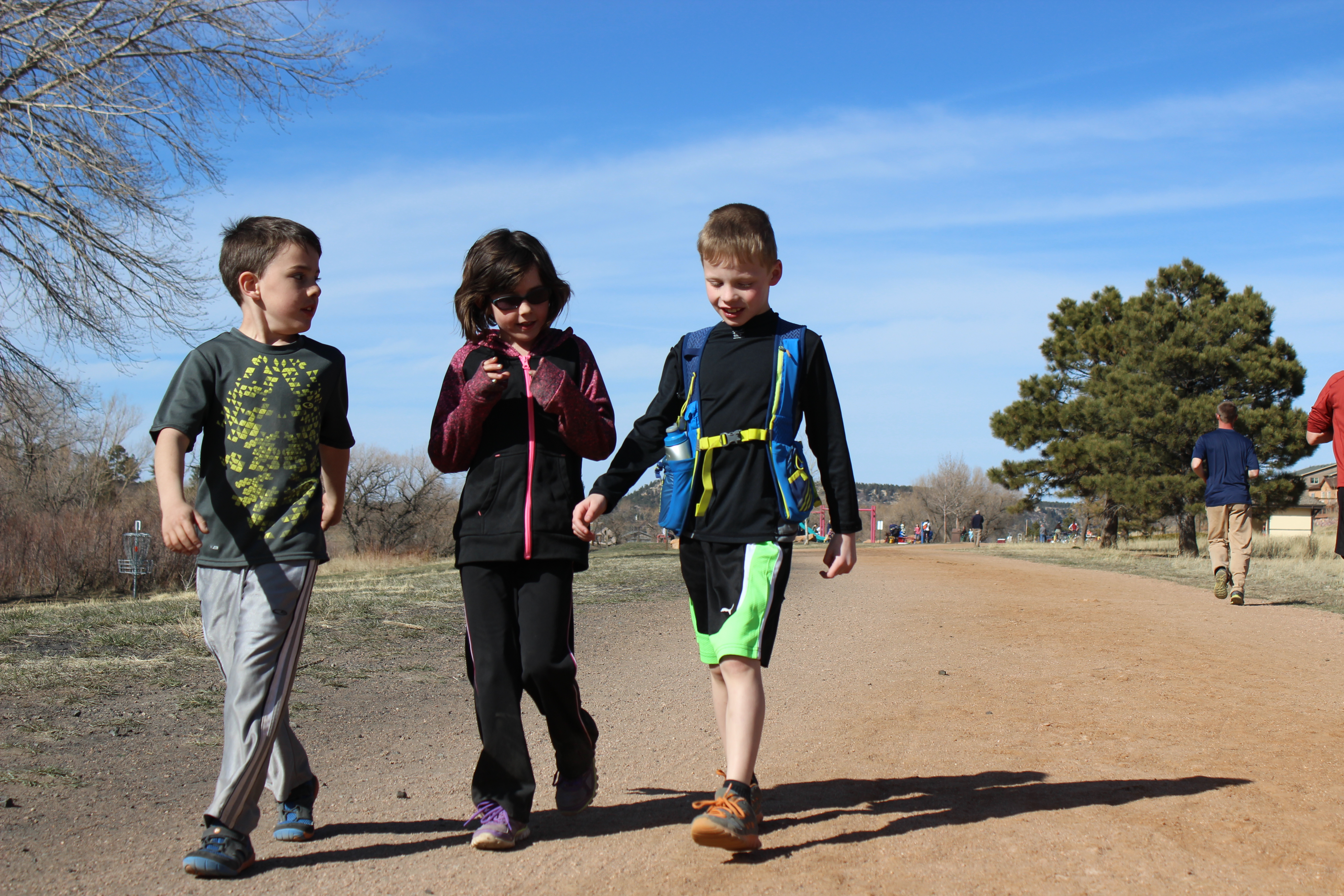 The inaugural ’24hrs of Palmer Lake’ kicked off this past weekend. First time race director, Israel Archuletta, organized this event and hosted it in the small and historic town of Palmer Lake, Colorado. Archuletta couldn’t find a training event that fit his schedule so he obtained the permits and hosted this race in his hometown. His effort provided an inexpensive, low-key race, where fun was emphasized from beginning to end.

Archuletta shared after the event, “24hs of Palmer Lake was an amazing success! 37 runners took part. What an honor to present the kids with their trophies. Maya Bradford, age 8, is an ultramarathon runner. Herman, who never ran over 25 in a race finished with 50 miles. Brooks Williams intended on running 20 miles and ended up with 42. The 6 lbs of bacon at the aid station didn’t last long! Our old school, last minute, timing system worked perfect. Thank you to all who came out and made 24 hours of running fun.”

Athletes of all ages gathered at 8am on Saturday to run .8 mile loops on groomed trail. Athletes ranged from 7 to 70 years old, giving the entire event a classic ultra family feel. In relaxed fashion, runners marked their own mileage with a sharpie pen as they finished each lap. This single location became the gathering point for hugs and high-fives from beginning to end. The results board filled up with miles as runners worked on accomplishing their personal goals.

Jeremy Bradford took the top mileage award and overall male win.  Jeremy is no stranger to 100 mile races having run more than twenty 100 mile races and winning many of them. Jeremy ran through the night, accumulating 90+ miles by morning. Rochelle Garnanez won the female race and finished with 82 miles.

In the “17 and under” division, Maya Bradford (8 years old) completed her first ultra-distance effort with a personal record of 27 miles.Her brother, 7 year old Julian Bradford, finished with over 19.  Jalen Armstrong (8 years old) finished with a personal record of 20.5 miles. The kids spent many hours running, talking, and laughing together as they moved along the course with the other athletes.

On Saturday afternoon, things got really awesome when a pterodactyl and chicken were caught trying to bandit the course. Somebody broke out some cold beer and a late-afternoon party set the tone for the entire event.

24hrs of Palmer Lake was a typical small ultra. That feeling was captured and shared in the video below.