Road to the Wasatch 100 Ultra Marathon – Part One 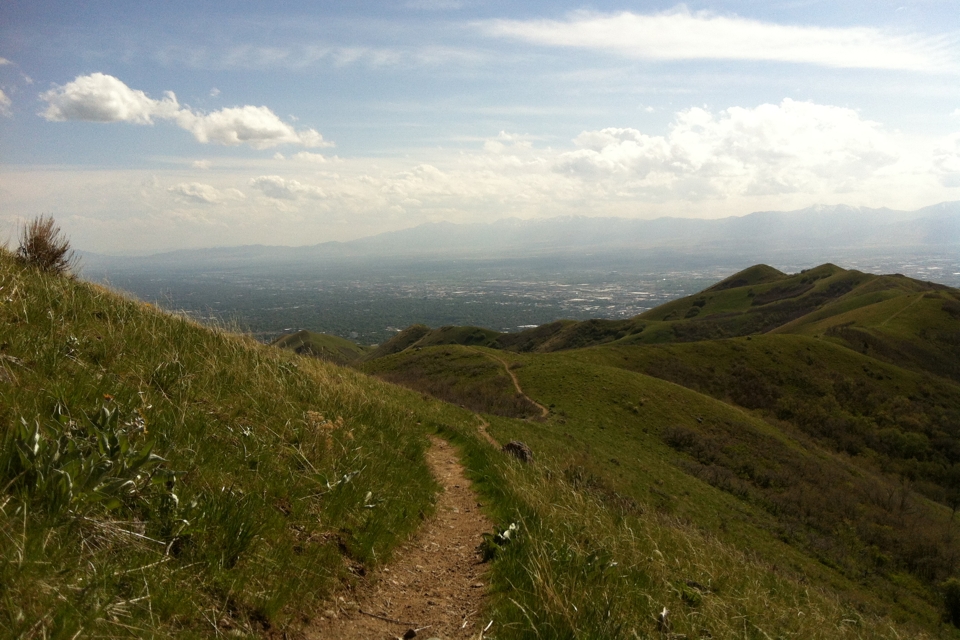 As briefly as possible, I’ll try to bring you up to date on my story as I  head to the start line for the Wasatch 100 September 7th.

For most of a year, Yami and I traveled the country and along the way visited many of the coolest outdoor towns in America.   It was partially for the adventure but we were also scoping out towns that we’d like to live in.   There wasn’t much a fight, Salt Lake City won hands down.   From the center of a large metropolitan city you have access to world class skiing, running, mountain biking and climbing within a 30 minute drive.   The town itself is built at the base of the range with hundreds of miles of trails starting near the city center.   Combine the outdoors with universities, the state capitol, a vibrant arts community and metropolitan feel and we felt like we hit the jackpot.

So, with our sights set squarely on relocating to SLC  the plan became to enter the Wasatch 100 where I’d be able to train in my new backyard.    Never mind that I’ve never run a 100 mile race and that the Wasatch 100 is often considered the 3rd hardest 100 miler in the US.   With 54,000′ of elevation change along a technical course, it was  jumping in with both feet to say the least.   As Luck (we will call it that) would have it, I was selected in the lottery.

Upon finishing our travels we pulled our motorhome into the Salt Lake City KOA on April 24th.   The very next day I was leading for the hills.   The recent snow in the higher elevations gave me a target… that being Little Black Mountain behind the capitol building.   Little did I know that I was running the famous Wahsatch (purposely misspelled) Steeplechase course.  I climbed from 4500′ in downtown to over 8000′ feet.  Day one and I was already hooked.

The next few weeks I ran and explored the Wasatch and the course.  I had a tremendous break in connecting with Jay Aldous which lead me to a small group run where I was lucky enough to meet Cheryl Meltzer.   Cheryl, in turn, connected me with the Wasatch Waddlers organized by Jill Bohney.   The door was opened for me to meet more and more Wasatch 100 runners.   For example,  I met Andrea Martinez, my training partner, at a Jay Aldous run.   In addition, I connected with Mike Place who organizes some fanstatic Wasatch training runs where my schedule allowed me to run a couple with him.   Finally, meeting Craig Lloyd sealed the deal on my training.   Craig, and crew, “run” some of the nastiest stuff in the Wasatch.  As ex-climbers their runs often involved 5.5+ climbing and many night time adventures.

There are a number of reasons all of these connections are important:

2.  Running in the Wasatch is no joke.  Safety is an issue.  Wrong turns can lead you into millions of acres of nothing.  There have been times where I’ve seen not a single person on trail for hours.   Cheryl Meltzer and Betsy Johnson were the first to show me a spring near Desolation Lake which you can drink from unfiltered.   I didn’t even know such things existed.   These springs are critical in training along the course.   There are very few car accessible locations along the route and self sufficiency is a must.    Also, the course is not easy to follow without markings.    I relied on Mike, Cheryl, Jim Millar, Andrea, and Craig (et al) to learn the course.

3.  All of these new friends have pushed, and supported, me.  I’ve never had an easy run with Craig or Andrea.

4.  The entire group has also opened up the list of both official and unofficial races to run.

Most of my focus since April 24th has been on running hard while learning the course with the help of my awesome new friends.

My latest “training run” was 79 miles at the Leadville 100.   My energy and muscles are still recovering from that 21 hours.

The next few weeks will include some tapering runs along with additional prep time for my inbound crew and pacers.  The entire crew will consist of Jason Drubert (Dallas TX), Yamilet Nieto (GF), Roxanne Carr (Rochester Hills, MI) and Jerry Armstrong (Boulder, CO).   Even though I’m the one running, this IS a team event.    Having run Leadville solo I can tell you that a crew and pacers can account for a 1 to 2 hour adventage for mid packers like me.

Next Up – the History and notes about the Wasatch 100.

» Interviews, Musings » Road to the Wasatch 100 Ultra Marathon – Part One