Today, I maintain what I would consider a way-above-average knowledge and understanding of hydration and endurance nutrition as is relates to athletic performance.  But, where was my fascination for this subject born?  Was it specifically my training and participation in endurance sports?  No.  Was it trial and error alone?  No.  Some know…..some don’t.  But here is a story that few know about my past experience:

For 10 years, I have been employed as a police officer.  In two different states, I have worn the dark blue uniform and responded to 911 calls on a daily basis.  My office is the rear of a grocery store……the dark of night.  It has been the dry river bottom or bushes behind a suspect’s house.  For almost half my career, it was my job to “blend in” or be invisible to civilians.  Other times, I would be clearly identified by my uniform or vehicle.  All the while, I have always maintained a fascination with physical and mental challenges.  Afterall, that mindset lead me into the Marine Corps recruiter office and not the other branches….that mindset lead me to the wrestling room and not the volleyball court.  THAT mindset lead me into police work where officers are challenged to be more than they are as individuals for purposes of helping others.  And it is hard.

That mindset lead me to want to be a SWAT officer very early in my career.

I participated in the selection process the first time I was eligible.  I had only been an officer for 2 years.  I set myself apart from the other candidates in physical competition……but not the interview.  I had only been an officer for 2 years!  They appreciated my positive attitude and, in a matter of carefully selected words, I was asked by one of the supervisory staff on SWAT to “come back” because I would eventually make it.   So, about a year later, I repeated the same performance on the physical testing and also did better in the interview.  They had little reason to deny my potential and my work performance backed up the things I said I could do.

They sent me to a SWAT academy.   It was the type of academy that could only be compared to my experience in the USMC.  The purpose was obviously to separate “the men from the boys”.

I was not concerned about the physical challenges but more so about the sleep deprivation, CS gas exposure, and stress of extremely long hours for those two weeks.  The night before the academy started, I laid down to bed before sunset.   Everyone told me to expect little to no sleep for many many days.   I decided to relax and make the most of my sleep the night before the 1st day by taking “Tylenol PM”.

12 hours later, I awoke to the sound of my alarm clock and immediately recognized I was quite groggy for having slept over 12hrs.   But, no time to worry about that……I had to get ready and be there early.

I arrived at the training facility prepared mentally for anything they might throw at me.   In preparation for the unknown, I visited the bathroom one last time.  I was surprised to notice my urine was dark.  I remembered, from my military years, that I was probably dehydrated.  But, that was not an immediate concern…..in large part, because I had never suffered as a consequence of dehydration.

It was a warm day.  Even though it was only 7am, the temperature was in the high 70s.  The training began with yelling and stress just as I imagined.   The physical training and ‘break-down’ process began.  We ran obstacle courses, crawled across the dirt, jumped walls, dropped from buildings, and did it again.  Several hours passed without a break.  It was only 3 hours into the 1st day and we were already hot, dirty, and exhausted.

I had not noticed, but the temperature had been steadily rising since daybreak.  By late morning, it was in the high 90s.

Without any warning, the day would become a record setting day for heat, which remains to this day:

I do not know where the temperature reading was taken for this “93”.  I do know for an absolute fact that the temperature in the location we were training was well over 105.

At about 11am, we started a run which would not end well for the author of this blog.

The weather conditions were extreme.  There was no wind and heat all around. It was stifling….and the asphalt radiated heat from below.  We wore full length camouflage uniforms and boots. The run was randomly broken up by the training staff with exercises meant to build teamwork.  We also got to “rest” on the asphalt and the heat was so intense, I felt a burning sensation through the thick uniform.   I wish only to paint a picture of the conditions…..and the training itself was exactly what I had signed up for.   The weather conditions, however, were starting to take their toll.

I remember running in formation and dropping back in the group.   A truck followed us and ominously loomed to pick up any stragglers who couldn’t keep up or quit.  That was not me…..and I had never quit anything in my life.   Little did I know, my physiological limitations were approaching…

I remember seeing the primary training facility and knowing we only had 200 yds left to run.   That is my last memory.

Although I have no memory of this, I finished the run and waited for instructions from the staff before collapsing.

Ever heard of HEAT STROKE?  Yeah, you can die from it.

My brain tried to make sense of the situation.  This is gas their giving me through this mask.  I know this is how they do it.  Breathe slow Jerry…..breathe slow.  Then run out of the chamber.

A nurse walked toward me at a fast pace.  She barked at me and wiped my face like a helpless child, “Why do you have all these grimeys all over your face?!”

I tried to answer. I couldn’t talk.  She walked away.  I was frustrated.   I’m trying to talk!

Somebody help me….I hear what I’m trying to say in my head but I can’t help.  They’re treating me like a baby.  I’m so glad I have my thoughts.

Another nurse walked over to me and asked me if I wanted her to call someone for me.  I felt happy and tried to tell her my wife was a nurse…

Yes….oh God.  I hear my thoughts but I can’t speak.  You talk to me like a baby but I am fully capable.  I understand stroke victims and people with mental capabilities that cannot speak.  I am so sad for them.  And for me.   My wife is a nurse!  Call her please!  I am so sad….

She asked me for a phone number. I tried to talk but could only stutter.  A number came to my head and I started to say it…

I recited a number allowed and I heard my voice reciting my home phone number from 1984.  It had not been in service since the early 1980s.  It belonged to my parents and was once burned into a football my dad gave me.  I can see the football and read the numbers.  But I cannot talk.

I overheard someone outside the curtain talking.  I saw part of his uniform and recognized him to be with the academy staff.   He spoke with another man.  And I knew that voice belonged to one of my supervisors, who must have responded from my agency.   They spoke about me.

Staff: “So what’s with this guy?”
Supervisor: “What do you mean?
Staff: “Is he weak or something?”
Supervisor: “He’s our strongest guy. He’s a marathon runner. What did you do to him?”

Deep inside I knew someone was standing up for me.  There is so much one can say…..but I felt so supported that someone from my agency knew it was not my “weakness” but something else that lead to my situation.  And he was right.

Heat stroke is the most serious form of heat illness.  Heat stroke follows dehydration and heat exhaustion. Only heat stroke is left before someone dies.  It is the human body’s last resort before cardiac arrest.

Over several hours, my brain and body came back to life.  I received 12 bags of IV solution before I could urinate.  The doctor said he had never seen such a serious case of heat illness in a 26 year old male in my physical condition.  My wife, Jenifer, arrived and looked at me with concern.  I knew everything would be ok.  She helped me get some anti-nausea medication and helped me walk to the bathroom where I tried to pass fluid.

I stayed in the ER for about 4 hours.  I was discharged before dark and didn’t return to the SWAT academy.  I was allowed to stay on the SWAT team until another academy was available.  For that I am grateful…..and I know that decision was based on the fact that I had not “quit” but gave my 100% to the end.

My fellow officers told me later of things I did while unconscious.  They told me I was “combative” and had to be restrained.  They told me how another officer in the academy was a paramedic and started my IV before ambulances arrived.   I wish I knew who he was because that may have been the difference in life and death for me that day.   I received 12 bags of IV solution from the time the ambulance arrived and 2 or more from the officer on scene.   That’s a lot of fluid in case you’re wondering.

Causes and reflection that I wish to pass on:

I took Tylenol PM because it had an added ingredient to help someone sleep.  That added drug was diphenhydramine or “benadryl”.  It’s severely dehydrating and I saw signs of that in the morning before I even started training.  If your urine is dark……you’re already screwed and you need to start taking in fluids immediately.

Pushing yourself too hard in extreme heat can been very dangerous.  The military labels certain weather conditions “black flag” days to avoid situations like mine.   In a militaristic environment, the trainer and the trainee throw away conscious thought about the weather conditions because of absolute focus on “overcoming”.  That can be fatal if not guided by a policy that prevents heat illness among troops.

Hydration is not just a measurement of water in your body.  It is a measurement and balance between fluid, various salts (electrolytes) and other chemicals.   Proper hydration is made much more difficult under physical training, heat, or competition when the individual is preoccupied with the “mission” and not his/her health.

I hope you take away a greater understanding of human fragility……and of the absolute importance of using proper fueling/hydration strategies in training.  This July, I will be back at Badwater again crewing and pacing Iso Yucra through 135 miles of Death Valley.  He will be challenged by the heat and distance…but I will never let him suffer beyond what is necessary to achieve success.  That is my response to a single incident in my life where I actually did reach “the limit”. 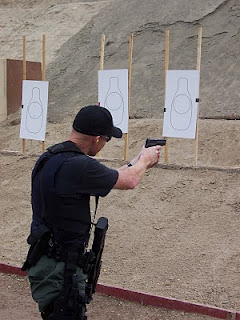