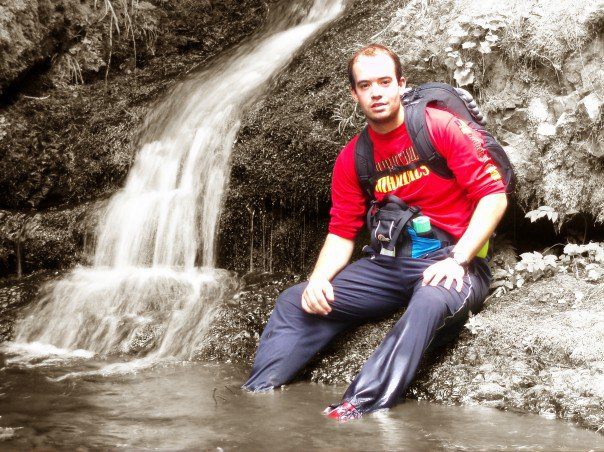 Tim Lawson is an old soul in a young body. Just 26 years old, Tim embodies the spirit of so many of our most veteran ultra athletes. He chooses the timed track events as his test of endurance, embracing the multi-day track events for their unique quality and challenge.  While trail events continue to grow exponentially in our country , Tim holds on to the roots of our sport. He has vast knowledge of the accomplishments of ultra athletes from past centuries.  Like an encyclopedia of pedestrianism, Tim reels off their names, records, and the conditions under which they ran their events. His eyes light up as he shares the stories of runners who finished their last race over a hundred years ago. During our conversation, he expressed frustration in the common misunderstandings of others who don’t understand the drive to push one’s body beyond the physical.

Tim Lawson is an ultra-track runner. He runs vast solo miles in pursuit of multi-day personal distance records.  He prepares his body for these multi-day track events with daily runs to work and weekend jaunts up to 90 miles. He enjoys running the track late at night alone timing himself in repeat 800s while the world is fast asleep.  He quietly shared his lifelong dream would be to set the American 6 day record. I had to ask what the current record was…Tim smiled, and said, “573 miles in 6 days.”

Tim was just 20 years old when he first ran the Sri Chinmoy Self-Transcendence 6 day race. .. With each visit, he felt most welcomed by the familiar passion of athletes from all walks of life.  He spoke highly of a Russian woman, who rhythmically bounced a rubber ball for 6 days during the run.  For Tim, these international athletes are like a family.  He admits that running became a personal “escape” at a young age from problems at home. Into the ultrarunning world Tim found solace.  He now admits that “camaraderie” is what he loves about running for 6 days straight.

Here is my conversation with Ultrarunner Tim Lawson

"I don't need much to be happy." -Tim Lawson

Jerry: Good morning Tim. The 6 day race is an incredible event. I know you have run the race several times. Tell us what makes this event special. What brings you back over and over again?

Tim:    Well, in general, I love the long races because of the great mental challenge of the race. Certainly, it is very physical, but there is great strategy behind deciding when to rest and for how long, when to eat, what to eat, when to push, and when to ease up. Some of the runners may choose to try to extend the lead at the beginning and try to hold on, while others may choose to be a bit more conservative the first day, and rely on stamina to pass the quick starters. It is, in essence, a six day long chess game.

Jerry: I would have to argue that all ultramarathons are long events…what attracts you to these multi-day events?

Tim:  Now, why the 6 day in particular? Because I love the history of that particular event. With the origins of the event beginning in the 1700s, and the actual race hitting it’s hay day in the latter 1800s, with larger than life athletes accomplishing incredible feats under difficult conditions, it is hard not to be captivated by their stories.

Jerry: I know a bit about the “Pedestrianism” of the 1800s, and the fact that track ultras were something for gambling…like a modern horse race. Tell me about all this…

Tim: Well, one such story is of Patrick Fitzgerald in the 1884 World Championships in New York. He feared that he may lose his lead and the purse along with it, so he had his trainers cut incisions in his thighs to ease his aching muscles and with blood pouring from his wounds, he stumbled to victory but never raced again. Then in 1888, the top 10 runners at the World championships all surpassed 500 miles, the top 2 even beat 600 miles, and a record was set which stood for nearly a century. In some small way when I go to the 6 day event, I feel connected to that history, and I feel as though I am running in the footsteps of these giants of the sport.

Jerry: You are so old school….like not even from this decade Tim. Mad respect. How did this all start?

Tim:  In 2006, I ran my first 6 day race. I was ill-prepared and not really sure what I was getting into. I struggled, but covered 285 miles that year. The kindness of the other runners blew me away as well. A few days into the race, the women’s World Record holder, Dipali Cunningham noticed my limp and she slowed down to ask what was happening. She then offered some advice and a couple hours later, she checked on how I was doing. Truly, in such races, the runners are less competitors, and more comrades, all pushing forward with a similar goal.

I ran a few more marathons and a couple short ultras later that year, and then returned in 2007 to the 6 day. This time I was more prepared, and I knew better what I was getting into, but I was still overweight. I covered 315 miles that second attempt. It was less than I wanted to do, but I had a good time all the same. I continued racing regularly for a few years, but slowly drifted off until I stopped running altogether in 2010.

I put on a lot of weight, but last year, I moved from Portland to Colorado, and decided it was time to get back into shape. Those 6 day races remained in my mind as the best time of my life, so I wanted to be able to return to that. At my heaviest, I got up to 235lbs, and over the next 8 months I worked hard and lost 60lbs. I even got my mileage up to over 100 miles per week early this year as I prepared for my return to the 6 day race.

Though I was in the best shape of my life, this year’s race was plagued by bad weather, and health problems. I ended up only able to run half the race, but I got in 202 miles. It was disappointing for me, but I will be back.

Jerry: Tim, what have you learned about life from running ultramarathons?

Tim: The main thing I have learned is that, for the most part, our only limits are self-imposed. We are capable of so much more than we deem possible. We just need to have the courage to try. I also learned that I need very little to be happy, I just need to be able to run, and life breaks down around me and seems to become so simple. ” live. laugh. love. run.” 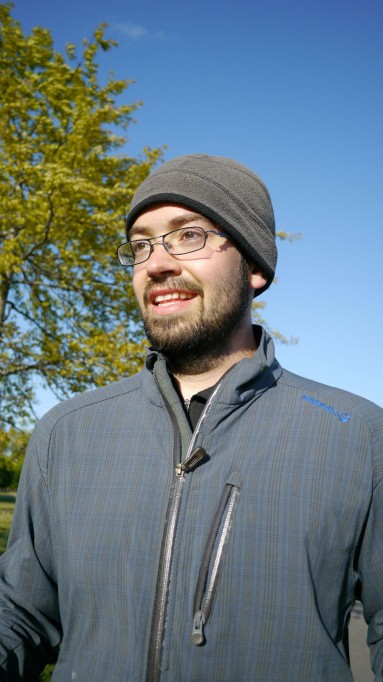