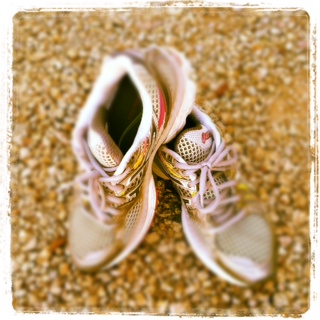 I’ve been a runner for a long time (since high school, really), and I have gotten to know my body really well over the years. For instance, I know that I have an iron stomach, and I can eat anything (ok, not curry…but almost anything) before I run. I know that I have massive hydration and caloric needs while running, and when I’m running a high volume, I thrive on a high-protein diet that includes moderate amounts of carbohydrate. I know that I don’t really need to warm up, and that if I’m feeling bad during my first mile, the entire run is going to suck. I know myself really well. 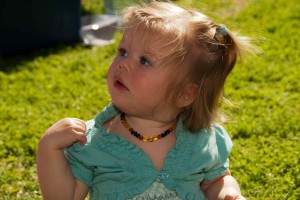 She changed my life. And, apparently, the way my body works.

It seems that, in the time since I was last doing high-volume training (which was pre-baby, and she’s almost 14 months old), my body has changed tremendously. I didn’t really notice it when I was just doing a few casual jogs each week, but now that I’m getting serious again, I’ve had several surprises:

-About two weeks ago, I ate lasagna before a run. Epic fail.

-I thrive on a diet high in whole-grain carbohydrate, and low-to-moderate in protein. And I dare not eat protein for several hours before a run.

-My first mile almost always sucks. I feel better and better as the run progresses, with my last mile being my best (and fastest), even on longish runs.

-I drink relatively small volumes of water and — at least so far, with my longest run being just under 13 miles — haven’t needed calories during my run.

I feel like I’m starting all over again, getting to know myself as a runner. I have no idea why my body has changed so much. Maybe it was the pregnancy (I noticed my desire for protein decreased and my desire for carbs increased while I was pregnant, but I assumed it was temporary). Maybe it’s that I’m…um…older than I used to be. No idea. But at least I’ve stopped assuming that I know anything based upon my past experiences; I’m proceeding as though I’m learning to run for the first time, and I’m getting to know myself all over again.

Have you ever had to “re-learn” how your body works?

» Journey To A First Ultra » First Trail Ultramarathon: My Training Journey — Learning How My Body Works

One Response to First Trail Ultramarathon: My Training Journey — Learning How My Body Works