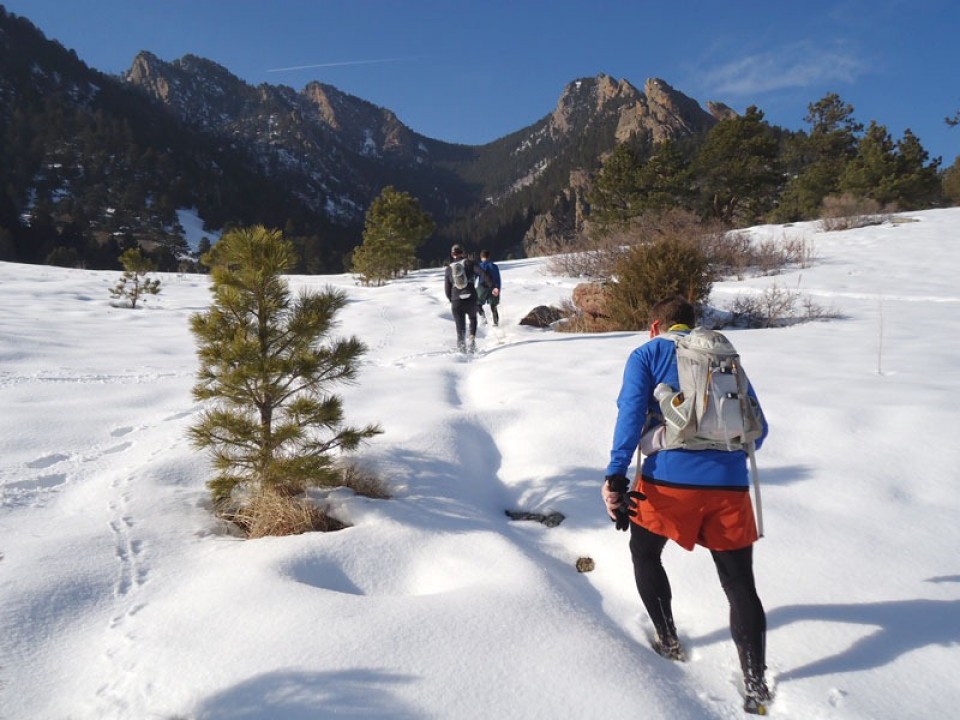 It was 1974 when Gordy Ainsleigh first stepped to the dirt to run the now infamous Western States 100 Mile Course. He ran along side a herd of horses, competing in the 100 Mile Endurance Ride, an event he had participated in as a rider for a few years prior. After his horse came up lame, he was encouraged to just run the course himself. And so.. he did.

Ainsleigh’s feat was repeated in 1975 by Rob Kelly, and again in 1976 by “Cowman” Ken Shirk.  Counter to today’s numbers, indicative of the popularity of the event, some 16 runners toed the starting line at the very first Western States 100 in 1977. This 1977 running of the event was “low-key,” only offering 3 aid stations, and runners relying on drop bags and whatever skeleton crew they could muster up for support. There was no entry fee, no shirts, no medals, no whining.

I had a great conversation with someone at the 2010 Leadville Trail 100. I forget his name but do remember him telling me about the first time they ran the Leadville 100 in 1983; as he was there. As his story goes, 15-20 Leadville and Colorado locals showed up in Leadville based on Ken Chlouber’s great idea for a race, designed to turn the towns down-turn around. Another race, where in it’s roots, had no aid, no entry fee, no awards, no whining.

Even the Vermont 50, prior to it’s first official race in 1993, was a yearly fun run amongst ultra friends from around the New England area. Runners from Western Mass Trail Runners, GAC, and Vermont locals got together for a weekend of camping and running. There was no aid, no entry fee, no awards, and no whining.

This is the motto that Fat Ass Events have acquired over the many years runners have been partaking in them. I’m willing to guess that many of you never knew such well known, well attended, races such as Western States, Leadville or the Vermont 50 started as Fat Ass style events? This fact alone should beg the question, “How many other ultra’s started at Fat Ass events?” The answer is, “Countless.”

An article online from Coolrunning.com tells;

In the fall of 1978, Joe Oakes was on a solid streak of running, having completed four marathons in an eight week period. Joe had his sights set on a fairly new event in California, the Western States 100 miles. Only 15 people had earned a silver belt buckle at Western States and Joe wanted to join that select group. In order to qualify for Western States, Joe needed a 50 mile qualifying time. He explains: “There were no 50 mile races in the Bay area at that time of year. “There was, however, a seven-person relay race, on the Pacific Coast highway from Half-moon Bay to Santa Cruz. Race officials would not let me enter as an individual, so I sent in an entry with seven different names: Joe Oakes, Joseph Oakes, J. Oakes, etc. You get the idea.”

Oakes qualified for Western States, going on to earn his buckle. The seeds had been sown however, for Fat Ass races. “We decided to put on our own low-key race around the holidays after that,” says Oakes. ‘Things layoff around the holidays, so that’s how we came up with the name. It was kind of a macho thing, all for fun.” The spirit of the Fat Ass races is what really matters to Oakes. “There is so much greed and so much money in sports these days,” says Oakes, adding, “there is not a nickel involved in any of these events. You just show up and run. It’s very simple.”

We are at a time in our sport, where there is much fervor over the price of entering, or the entry/lottery process of, races. The truth is, and always has been, that you have a choice. You can run the race you’re hoping for, a different race, or create a race of your own. The beauty of Fat Ass runs is that they help create and/or enhance your own personal ultra-community. Most people are amazed by how many ultra-runners actually live near them these days. Training and running partners are often found, as is the ability to run in places you’ve always wanted to, with a group of like minded individuals. The price to organize and run these events are minimal at best.

Many folks aren’t too keen on the idea of Fat Ass events, and that is a part of their design. Fat Ass runs typically serve as training runs and social events for those more “committed” ultra runners. Think about it, running 50K or 50 miles for nothing more than the satisfaction that you can do so. No awards, no t-shirt, no nothing. Just miles. In essence, this is the beauty of Fat Ass runs. It’s “trophy running” at it’s worst. Fat Ass Runs also make great first time ultras, as it allows many aspiring ultra-runners the chance to run the ultra distance without the pressure of earning a medal or making the cut-offs of a big time race. This authors first ever ultra run?? You guessed it, a Fat Ass, in the mountains of New Hampshire with 6 others.

Winter, in many parts of our country, and the world, is the toughest time of year for many of us to train. The days are shorter and colder and there are fewer races on the ultra scene. There is no better time of year for ultra runners to create their own monthly series of Fat Ass events. Plan a calendar, map your events out on Runningahead.com (or some other mapping website), advertise your events on your blog, local running forums, local running stores or on the various online Ultra-Running forums. Even if 3-5 folks show up to join you, you’re bound to have a great time, make new friends, and perhaps the beginning of the next big Ultra.

Sherpa John has been directing Fat Ass Runs since 2005. His upcoming 2012-2013 Winter Series can be found HERE.

13 Responses to The Fat Ass Ultra: A History