Gratitude: For Running, Trails, My Mind and My Body

Lessons from a First Ultra; Or – You’re Going... 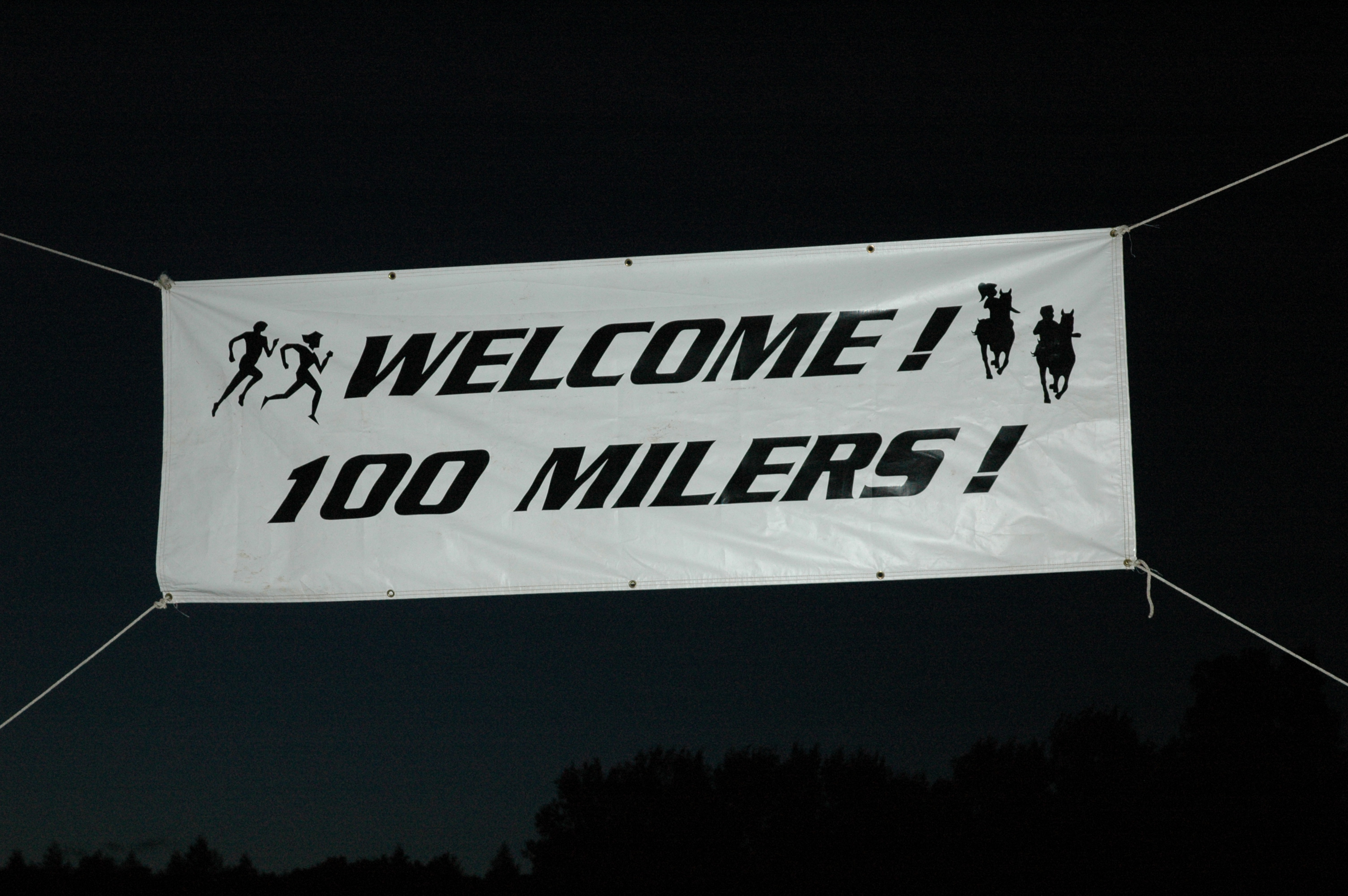 Every now and then, rookie ultra-runners stick their necks out to ask those curious questions about our sport and culture where the answers are not easily found.  Unfortunately it’s the number of runners who fail to ask the questions that will lead to a general denigration, or dare I say “demise”, of our ultra culture.  In this post, I want to share a few golden rules that I’ve learned over my nearly a decade in this sport.  Much of this I learned from “old school” ultra veterans who helped shape the very make-up of our culture.  It used to be easy to locate these folks, but in recent years, the flood of runners joining us has allowed them to hide within the masses.  Either way, they sculpted a culture that deserves a chance to be preserved for generations of ultra-runners to come.

Saying “Thanks” to your pacer(s) and crew
These are the folks who agreed ahead of time to put up with all of your sassiness.  Ok, let’s be honest here… you were a terror at times and they dedicated their entire day, or weekend, to your overall success.  In our sport, one of the best ways to say “Thank You” to your pacer(s) or crew is to buy them a race shirt.  Don’t be stingy or a cheap skate.  Get over to the shirt table and buy your crew and pacer(s) a shirt!  Sure, this can get pricey when it’s $20 a shirt and you have to buy 6.  This is another reason why you should choose your crew wisely and not have too many cooks in the kitchen.  You could also focus on those who truly gave you their all rather then buying everyone who showed up a shirt.  Races often sell other commemorative pieces.  I’ve also seen runners make special shirts or jackets for their crew as well.  Either way, don’t just shake a hand and buy them dinner.. go the extra mile for those who went the extra mile for you.

Saying “Thanks” to volunteers
You cross a road during the race and a police officer is out there holding traffic for you… say “thank you!”  Every single time you see a race volunteer, uniformed civil servant, or regular Joe, say  “Thank You!”  This isn’t something that is debatable.  In fact, I’m pretty much telling you.. to say thanks.  Every time you are at an aid station grabbing food from the table or refilling your bottles, whether you feel they’ve helped you or not; thank the volunteers for being out there for you.  This is common sense, you would think, but I’ve actually seen runners get into arguments with volunteers or take out their race grievances on them.. don’t do this.  Say thanks!  Direct your discontent to the race director after the race is over, and in an appropriate manner like phone or e-mail.  Do not take your gripes out at those who  A.) Can’t do anything to change things for you or  B.) Are volunteering their day to you.  Say thanks.. then move on.

The DNF Shirt
“Pretty nice shirt you got there in your shwag bag. Oh.. you didn’t finish?!  Then why doesn’t it say DNF on that thing?!”  Yes it’s true, there is a long standing cultural rule in ultra-running, that if you’re wearing the shirt from a race where you DNF’d, the shirt should have DNF written on it in marker or with duct tape.  I wish I was kidding, but I’m not.  This in general holds you accountable, and doesn’t take away from those who actually finished the event, and it makes you want to head back for redemption.  So, play along and display that you had a DNF proudly.  It gives you a chance to tell your long drawn out war story/defense, and is likely to get you back out there for redemption.  While we’re at it.. please don’t wear the shirt from your latest ultra marathon to your next  5k, 10K or Marathon.  Those folks don’t care that you run ultras.  In fact, they loathe it.  Save yourself the trouble and work on humbling yourself at those shorter events.  It’ll be our little secret.

“Lube fist” in the chips
Scenario: You run into the aid station and seek out your crew.  The number one thing on your mind is lubing up your “parts”.  You take your stick of Body Glide or dive your fingers into the vaseline and smear it all over your loins.  Then, without a thought or care in the world, you walk over to the food table and dive your hand into the potato chips.  Sounds delicious eh?  Not quite.  Either wear a rubber glove to smear your lube on, have someone else do it for you (Could be fun!), or don’t dive your fist into the chips.  Use a paper cup and scoop the chips out with the cup until you’ve adequately wash your hands.  Think about how many times this happens during a race.  Now, think about how you can prevent lube chips.

Be Realistic
Not every race on the planet is as finely tuned or expertly produced as Leadville or Western States.  Remember that these races, in particular, pay their Race Directors $30,000-50,000+ to even put the race on.  Because of this, their product far surpasses that in which you receive at other ultra events.  Also, these two races have been around for over 20 years by now.  They have it down-pat and fine tuned.  Not every race is like this.  Actually, less than 10% of all ultras are as well produced as these races.  So let’s be realistic.  By nature, trail and ultra runners are minimalists, and run races that require them to duke it out with themselves without much support.  Don’t show up to an ultra-marathon expecting it to be organized and produced like ING NYC or the Boston Marathon.  It just doesn’t happen.

Respect the Race Director
Paid or not, directing a race is not an easy task.  I’ve been there myself and I can attest to the many sleepless nights before, during and after the event.  Keep your emotions, thoughts, and opinions in check the day of the event.  If you have any feedback, feed-forward, or general opinions about the event as a whole; save it for the days and weeks following the event.  Otherwise, your input really isn’t going to be heard.  The race director is so focused on the day of, that he can’t wrap his brain around the feedback until he has ample time to reflect himself.  Respect the RD, give them some space, thank them and reflect on your experience before you decide to jump down their throat.

With these easy to follow ideas in mind, you can continue to contribute to the positive community that is ultra-marathon running based on some of the rules our fore-fathers (and mothers) established for us. See you out there!