How Far Was That Ultra Again?

I recently completed a local 100k event that went very well.   After the race I was talking with a couple of other runners and they commented that the course measured short for 100k, closer to 60 miles instead of 62.   While I didn’t think anything of the discrepancy at the time (since gps watches can measure differently), the two people I talked with were a little taken back that the distance wasn’t accurate.   This seems to be creeping up in discussions more and more these days.   There seems to be two prevailing attitudes towards this:  1.  people understand that trail/ultra racing distances are rarely 100% accurate and accept the discrepancy;   2.  others believe courses should be as accurate as possible (extending or shortening the course where appropriate to meet the desired distance).

These discussions beg the question, “Why are many American trail and ultra racers fixated on standard distances”?   I did a recent check of European races and found that nearly 50% of all ultras were ‘non-standard’ distances, a few varying up to 10 miles.   In most cases the differences were around 3 – 6 miles and the race title or description indicated the exact distance, something we don’t do here in the states.   Some big name races include: Transvulcania Sky Race (83k = 51.5 miles), UTMB (166k = 103 miles), and Sardona Ultra Trail (86k = 53.4 miles). 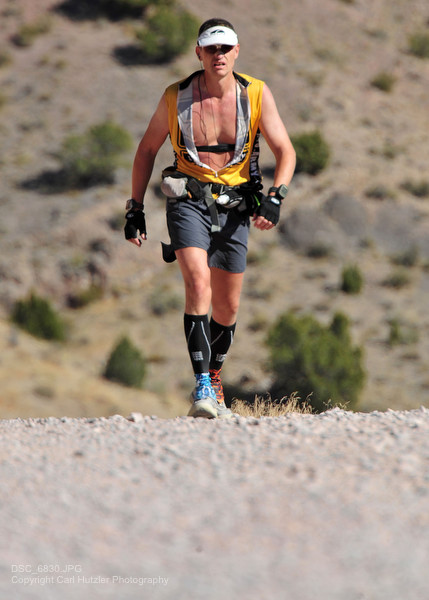 Phil Lowry in the Pony Express Trail 100, possibly the most accurate 100 mile event in the US. (photo courtesy of Carl Hutzler)

In the States most trail and ultra events are listed as a standard distance, but in reality many vary up to +/- three miles.   Does this mean our race directors should change the title or description of the event to accommodate the variation in mileage?   In my opinion, no.   In most cases the difference is small enough that it isn’t worth mentioning.   If the difference were greater than +/- 3 miles it might be worth bringing up in the pre-race meeting and/or noting it on the website.   If the distance were greater than +/- 6 miles it would probably be a good idea to consider making it blaringly apparent in the race description or change the title all together.   But that’s a call for the race directors to make.  I personally go into each ultra knowing that there will be a discrepancy and to just keep running until I hit the finish line.

After talking with several people about this topic, it appears there are two leading theories on why racers have such a difficult time with distance discrepancies.   First, we Americans seem to be overly focused on PRs (Personal Records).   Whether it’s the marathon, 50 mile, or 100 mile distance (and everywhere in between) there seems to be this fascination with what our fastest times.   While most road marathons share an exact course length and relative elevation profile, trail and ultra races vary so drastically from one race to the other that PRs over specific distances are almost completely void.   When recently asked what my 100 mile PR was I was apprehensive to answer because I knew the course was similar to only a few other 100 mile ultras in the country.   Ultras have flat courses with as little as a few hundred feet of elevation gain with other races having as much as 25,000 to 30,000+ feet of gain.   Comparing one course time with another is almost laughable.  I’m not saying that going after PRs is wrong; I buy into the goal setting and focus as much as everyone else.   But, it seems to be a national fixation within our sport that doesn’t make a lot of sense.   The second theory behind this American ideology is simply that we are used to our shorter race distances being exact, so we expect our ultras to be the accepted whole number distance.   This puts a lot of pressure on RDs to develop courses that might be a little contrived just so that they can meet the distance. 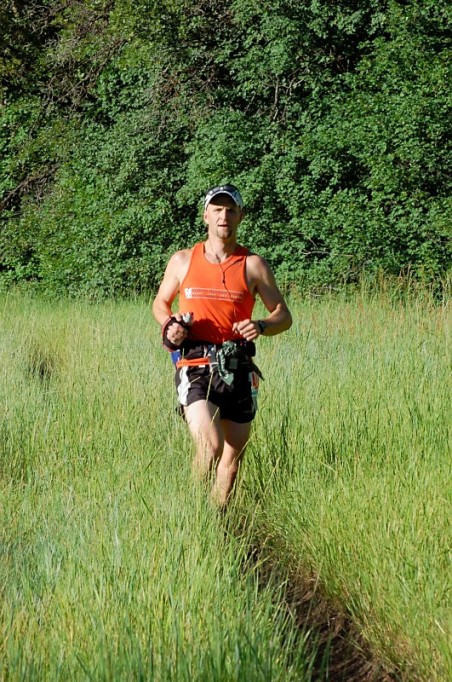 I understand that there are circumstances when the distance discrepancy is great enough that it has an actual impact on the participants’ performance, but those are rare and are often corrected the following year.   The rest of the time it should just be accepted that courses vary, whether long or short.   Ask me again if I ran a successful 100k last weekend and I will respond in the affirmative.   I don’t worry about what the actual exact distance was.    It was an amazing course and an incredible race, that’s what I walk away with.

We simply need to understand that discrepancies are a part of trail and ultra racing and not let that negatively impact our opinions of the race or our performances.   In every case, we get to compete with amazing people in places and surroundings that we would likely never see were we to not be there competing in the first place.  So instead of the distance, we can focus on the beauty and the people around us.

» Musings » How Far Was That Ultra Again?

4 Responses to How Far Was That Ultra Again?