Gratitude: For Running, Trails, My Mind and My Body 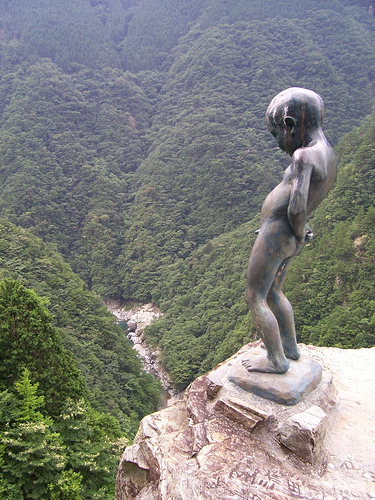 The following statements have not been evaluated by the FDA, CDC, or FBI. And, this is what we call “Tounge in Cheek” humor friends…

Among the most underground and fascinating ultramarathon skills in the ultramarathon play book is, “Pee Running”.  Dean Karnazes fascinated me when he spoke about the subject in his best selling book, “Ultramarathon Man.” He described the strange droplets on the trail during a race, asking himself why the other runners were pouring out fluid from their bottles. It was then he realized the runners ahead were urinating and running at the same time.   I wish to explore this topic with as much scientific oversight as possible while I type here in my basement at 2am eating a vegan corndog.

In all seriousness, it is not the technique I wish to discuss!  I want to take on the very question of whether it makes mathematical sense to urinate while running during an ultra. What are the advantages? How much further might someone get in a race if they were to master this technique without any risk of urinating on their favorite kicks? Thankfully, I will call on my day job skills as traffic collision reconstructionist to apply some simple math to these questions. At least, we can all sleep soundly about whether to work on this technique any more in our long runs.

-Therefore, the following ultra distances, when measured in feet are:

According to my own non-scientific calculations performed under non-sterile conditions, the average time to urinate is approximately 30 seconds.

Given the assumption that a runner urinates 2x per hour, the total time spent urinating would be 1 minute. Therefore, in one hour of running, if that person stops running to urinate for 30 seconds two times (1 minute), they would lose 528 ft over a runner who could maintain the 6 mph pace and urinate at the same time.

Given these same assumptions, a runner who urinates 2x per hour over 8hrs in the 50k distance, would lose 4,224 ft of distance in comparison to the runner who can run and urinate at the same time. Converted back to mileage, in a 50k, we are talking over  3/4 mile!

Once again, I have thrown assumptions into this…those being the time it takes to stop and urinate, the frequency of the urination, average speed, etc.. We all know those vary…

I just put my corn dog down. This is serious stuff right here!  I had to do these calculations again because my mind is blown! I also found it strange and fascinating that my assumptions produced the exact quantified numbers you see above.  It’s almost like there is something much more mysterious going on here… I am starting to wonder if the Free Masons are somehow involved. One thing is for sure, I just earned my Pulitzer.

Does it makes sense to run while urinating? Damn straight it does!