It’s Bacon! Run For Your Life! 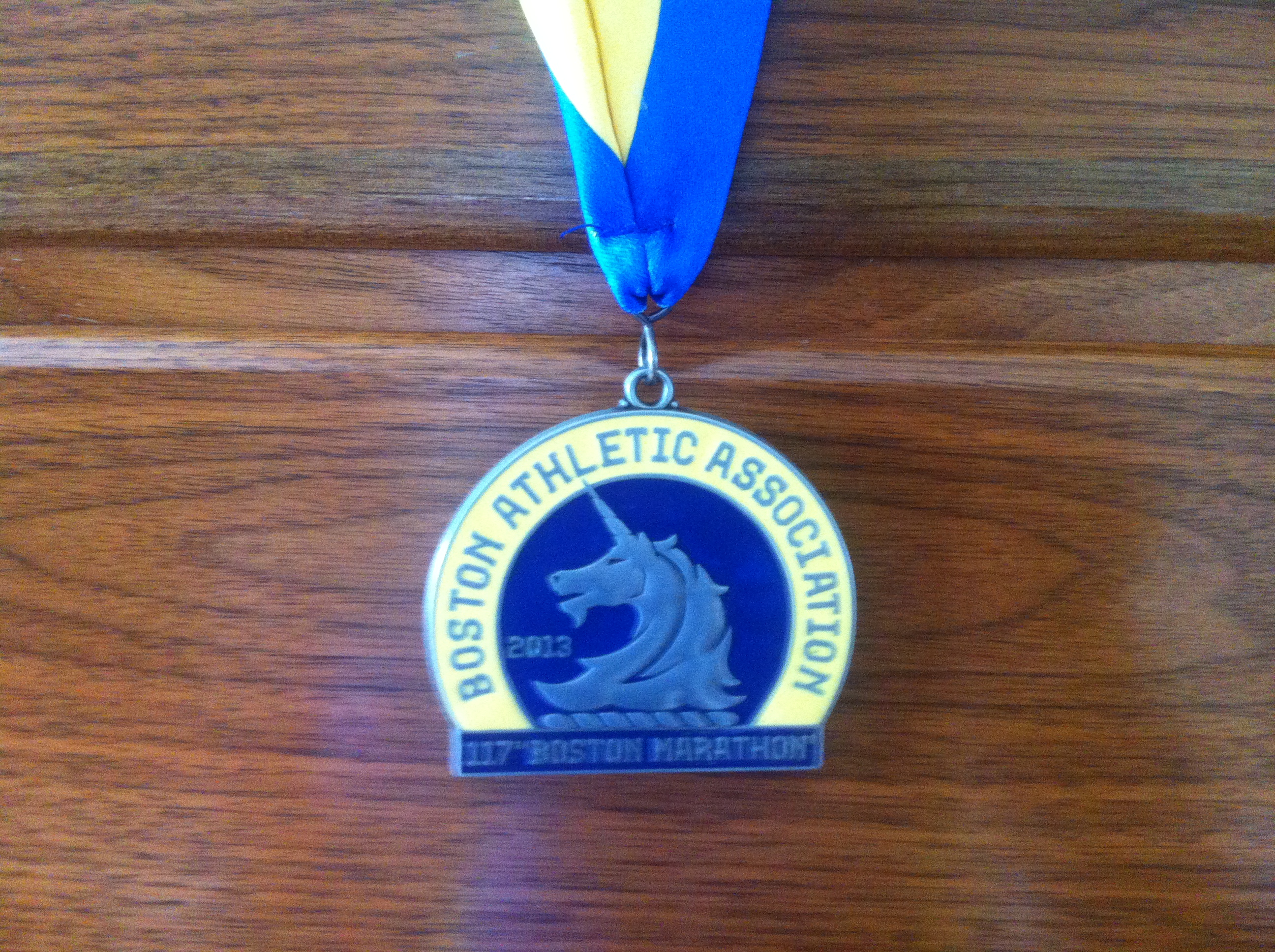 I’m a trail runner and ultra marathoner. I love running in the mountains, flying over rocks and screaming through the descents.

I’m also a three-time marathoner and most recently ran the Boston Marathon. There are many differences between road and trail races but the fact remains that runners run races of all kinds and most of us vacillate between distances and terrain.

I finished the race approximately 20 minutes before the explosions occurred and had reunited with my two friends at the Family and Friends meeting area. We were a block away when we heard the noise. At the time we didn’t think too much of it, as we didn’t know the cause. We figured it was something to do with a celebration.

We paused on our way out of the race area to use the toilets near the Medical Tent. At that moment my phone lit up; phone calls and texts appeared in frantic unison. A friend called to ask if I was ok; he’d heard there were explosions at the finish line and wanted to make sure I was clear of the chaos. Upon exiting the porto-potty I heard a woman associated with the EMS team say “This isn’t a drill; this is the real thing.”

My friends and I reconvened and watched the parade of emergency vehicles scream down the barricaded street. Officials quickly got marathoners and their families onto the sidewalk and suddenly we were all walking away from the race. After each block another throng of tired runners and various supporters joined us. Everyone had a cell phone in hand and most eyes were riveted to the tiny screen as fingers texted replies. Still, no one knew where we were going or how far the evacuation would extend.

My trio was looking for an open train station. We tried three before we were finally far enough away from the scene. At that point we headed straight to the airport in hopes that our flights weren’t cancelled and we could return home to be with our families.

A lot of thoughts have floated through my mind since Monday afternoon. It’s taken a while to process everything that happened that weekend, including the Expo, my race and the exodus away from the course in the wake of the bombings.

I come away with several impressions that feel salient.

The Boston Marathon is a celebration of humanity, run by legends such as Hoyt, Salazar, Rodgers, Benoit. For many citizen runners, Boston is a “bucket list” race, a once in a lifetime race for which they’ve poured blood, sweat and tears into being invited to toe the start line at the nation’s oldest and longest-running marathon. Once a year the city welcomes runners from around the world to race from town to town, welcoming them with open arms in a celebration of life and happiness.

Whoever targeted the Boston Marathon doesn’t know anything about runners or the tenacity of the human spirit.

Whoever targeted the families of Boston Marathoners is an abject coward in the worst degree. Whoever targeted marathoners and their loved ones is trying to instill fear into a community that looks fear in the face every day and chooses resilience, bravery and life.

I will run another marathon this year and I will do my best to run Boston next year. I want to go back. I have something to say to terrorism and I will do everything in my power to support the Boston Marathon, the City of Boston, the people of Boston and the running community at large.

Runners are a quirky breed of people.  Tenacious in spirit, lean in build and passionate at heart, they push hard, live harder and will stop in a heartbeat to help a fellow athlete, passerby or child.

During the chaos, I was thankful to be with my dear friends. The emotions and images of the exodus are indelibly etched in my memory, more so than parts of the marathon itself. As a runner I earned a right to be at the 117th Boston Marathon. As a runner, I was part of a community of people celebrating the athletic achievement of so many. As a person, I was in utter awe of the talent of so many, and the dedication of so many more.

My heart is broken that terrorism has found its way into my adored running community. The memory of sadness and pain on so many faces will remain a part of the collage of images that I carry with me. But this I know – we support each other, love each other, and lift each other up through good times and bad. I won’t stop running and I know others feel the same. We are unified in our support of the victims of the bombings. We will wear out more running shoes and we will always… Keep Running. 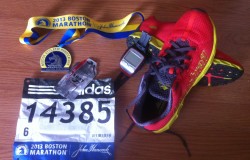 One Response to 2013 Boston Marathon