The Chemistry of High-Altitude Running 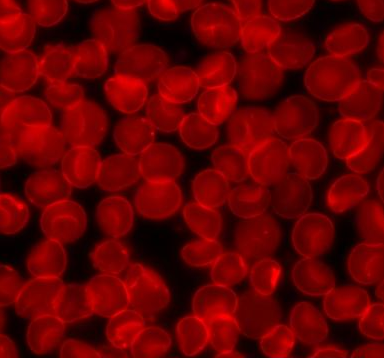 Ever wondered why you breathe harder and faster when you’re working out at a higher altitude than that to which you’re accustomed?  In colloquial terms, we often say that at elevation, the air is thin, or that there’s less oxygen in the air.  What does this mean, though, particularly in light of the fact that whether you’re at sea level or on top of Mount Everest, every breath you take is 21% oxygen?

Let’s back up just a moment.  Air is 21% oxygen, which is the stuff that moves from your lungs into your bloodstream when you breathe.  Your blood (specifically, your red blood cells) then carry the oxygen to your body cells, which use it to burn fuel.  Your body cells don’t care how fast or hard you breathe, and they don’t care how much air you have in your lungs. Instead, the body cells care only about getting a constant supply of oxygen…which means that what really matters is making sure that the total number of oxygen molecules entering the blood in a given period of time stays constant.  Thus, when you inhale fewer molecules of oxygen per breath at higher elevation, you compensate in two ways:  you breathe faster (more breaths per unit time), and you breathe a little deeper (more air, and therefore more oxygen, per breath).  Incidentally, the other 79% of the air you breathe is pretty inert; your cells don’t use it, so it’s just sort of “filler.”  78% is nitrogen, and 1% is a mixture of other gases, including water, carbon dioxide, argon, and so forth.

From a purely mathematical perspective, it doesn’t really seem as though high-altitude running should present a problem.  After all, if you can breathe faster (and deeper), you should be able to make respiratory adjustments that get you just as much oxygen per unit time at elevation as you’d get lower down, right?  Unfortunately, it’s not that simple.  With each breath, you do two things.  You bring oxygen in, and you exhale carbon dioxide, which is a metabolic waste product.  Your cells produce carbon dioxide as they burn fuel to generate energy.  You don’t use the carbon dioxide for anything, so it hitches a ride in the blood to the lungs, and you get rid of it with each breath out.  If you inhale more (to breathe in more oxygen), you’re also exhaling more, which means you’re expelling more carbon dioxide.  While this doesn’t appear problematic on the surface (after all, carbon dioxide is a waste product, right?), this is where we get into some sticky chemistry.

Carbon dioxide IS a waste product, but it’s also acidic.  Having a certain amount of it in your blood (on its way to the lungs to be exhaled) helps your body maintain a constant pH.  Just as you need to maintain a nearly constant body temperature for everything to function correctly, you also need to maintain a nearly constant pH.  If you exhale too much, you lose too much acidity (in other words, your blood becomes too basic).  This has all sorts of negative ramifications for your cells and organs, so your body won’t let you do it.  In fact, if you purposely hyperventilate, you’ll start feeling very lightheaded.  If you keep it up, you’ll pass out; this is basically your body’s way of saying, “If you can’t handle the breathing responsibly, I’ll handle it for you for a while.”  This also explains why we tell people who are panicking and hyperventilating to breathe into a paper bag; it forces them to re-breathe some of the exhaled carbon dioxide, which helps keep the blood from getting too basic, and helps prevent fainting.

So, long story short, your body can make accommodations up to a certain altitude — most people who live at or just above sea level feel fine up to 6000-7000 feet in elevation — by breathing a little more and a little harder.  If you go any higher, though, you simply can’t adjust your breathing enough to get all the oxygen you need without impacting your pH, and your body won’t allow that.  Consequently, at high altitude, you’re always in a bit of oxygen debt, which limits performance.  Elite athletes deal with this by either living at altitude (one of the reasons Colorado is so popular with athletes) or by sleeping in an altitude tent.  Either of these forces the body to make long-term changes to physiology — for instance, you produce more red blood cells, which increases the oxygen-carrying capacity of the blood — so that performance isn’t limited at high altitude.  These long-term changes take many weeks to kick in, but if you’re a lowlander, you can improve your performance at your next high-altitude race by arriving as many days in advance as possible.  Over a period of just a few days, your body adapts by increasing the kidneys’ excretion of bicarbonate (a base in the blood).  This helps to adjust blood pH, and allows greater respiratory adaptation without as significant an impact on body pH.

» Science » The Chemistry of High-Altitude Running

6 Responses to The Chemistry of High-Altitude Running