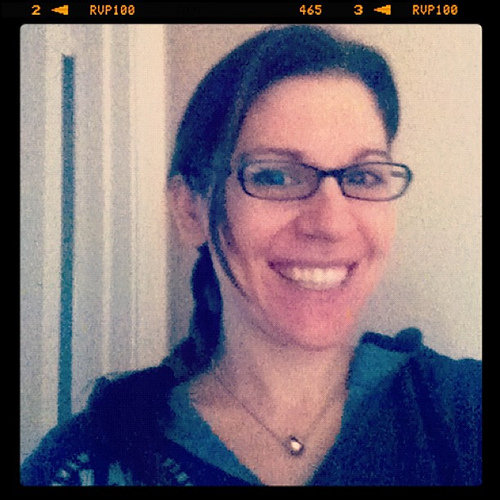 My name is Kirstin. I’m a seasoned endurance athlete — I’ve done marathons and triathlons (including one Ironman) — but I’ve never run an ultramarathon. I’m jumping into the deep end, taking on a 50-miler right from the get-go. In truth, I’ll be doing a 50K along the way, but I’ll do it as a training run rather than “racing” it. I currently have my eye on an October event: the Rock’n River 50 Mile in Auburn, CA. Over the next 7 months, I’ll be blogging my progress as a new ultramarathoner-in-training.

Because I’m a scientist and science writer — I teach at Arizona State University, write for the Highlight Health network, have been featured on Scientific American, and write a blog called SquintMom (resources for evidence-based parenting) — I‘ll occasionally review scientific research and findings relevant to trail running and ultramarathon. I’m more than happy to answer questions regarding health, nutrition, and exercise physiology in the form of Q&A blog posts. I’m not a physician, so I can’t give you medical advice, but I can definitely tell you what the science says.

If you’re new to ultramarathon, I hope you’ll follow along with me as I train for my first ultra, and I hope you’ll share your experiences as a fellow newcomer to the sport. If you’re a veteran, I hope you’ll chip in with advice (both for me and for other newbies) and encouragement.

I’m considering this week (3/25-3/31) to be week “-5,” or the fifth week out from the start of my formal ultramarathon training schedule. I’ve selected a 24-week training plan, which I’ll need to start on 4/29/2012 for a 10/13/2012 50-miler. In the meantime, I’m working on getting my mileage ramped up just a bit. While I’ve been running for years (with lots of cross-training thrown in), I gave birth to a beautiful little girl 13 months ago. I exercised regularly — but didn’t run — after the fifth month of my pregnancy, and it took me a while postpartum to get my mileage back up again. Currently, I’m running about 30 miles a week (Week -5 runs were 7, 6, 5, and 12 miles). I do most of my runs pushing a jogging stroller, which slows me down by about 30 seconds/mile at any particular effort level. With the stroller, I do relatively easy 8:45s for shorter distances, and 9:00s for longer distances (and, obviously, go a little faster during runs that aren’t meant to be easy). Without the stroller, I do easy 8:15-8:30s, depending upon the distance. Obviously, I’m not setting any land-speed records. Because I want to maximize my time with my family, my goal for this first ultra is just to finish; I’m not trying for any particular time goal, and I won’t be doing a particularly high mileage training plan (I’ll max out at around 50 miles a week). While I occasionally do tempo pickups, I’m not a big fan of speedwork. My best marathon to date was completed in 3:39:00, which translates to 8:24/mile. I know I’ll be running much more slowly in the 50K (and even more so in the 50-mile), but I don’t know exactly what to expect. As my long runs get longer, I’ll start to learn more about ultramarathon pacing.

Ultramarathoners, what was your novice ultra pace like compared to your experienced marathon pace?